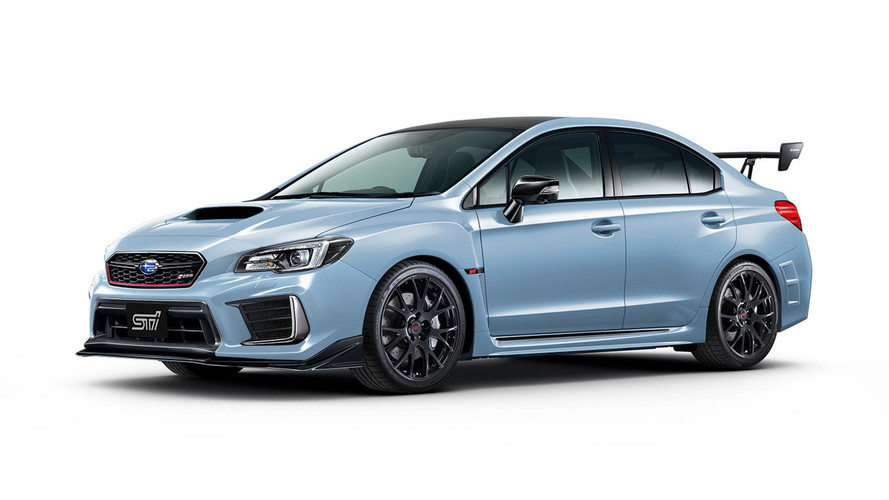 After launching the S207 limited edition a couple of years ago in Japan as a beefier Japan-only WRX STI, Subaru has decided to spice up the performance sedan once again. Like its predecessor, the new S208 will be available only in the Land of the Rising Sun in limited quantities as only 450 cars are slated to hit the assembly line. There’s more to the new special version than just minor interior and exterior styling enhancements as several other significant changes have been made.

For example, the roof is now made entirely from carbon fiber to shave off some weight and at the same time lower the WRX STI’s center of gravity to improve the driving experience. Subaru and STI worked together to further tweak the suspension and make the sporty sedan more agile while taking corners.

Without going into any details, Subaru mentions the S208 benefits from “improved engine output” compared to the S207 before it. As a reminder, the previous special edition had the turbocharged 2.0-liter engine dialed to 323 horsepower or 13 hp more than the recently launched 2018 WRX STI Type RA available in the United States with the 2.5-liter unit and the same carbon roof. In addition, the S207 also had more torque: 318 lb-ft / 431 Nm vs 290 lb-ft / 393 Nm.

Subaru will have the S208 on display from October 25 at the Tokyo Motor Show where the fast sedan will sit alongside what could turn out to be a first glimpse of its successor, the next WRX STI. We’re talking about the new Viziv Performance Concept also revealed today together with a BRZ STI Sport, yet another Japan-only model.

These two road-going JDM special editions will be available for sale only by lottery, meaning you’ll first have to sign up at a Subaru dealer to get your name on the list for a chance to claim one of the available cars. You’ll be needing more than just money to drive one home, though.