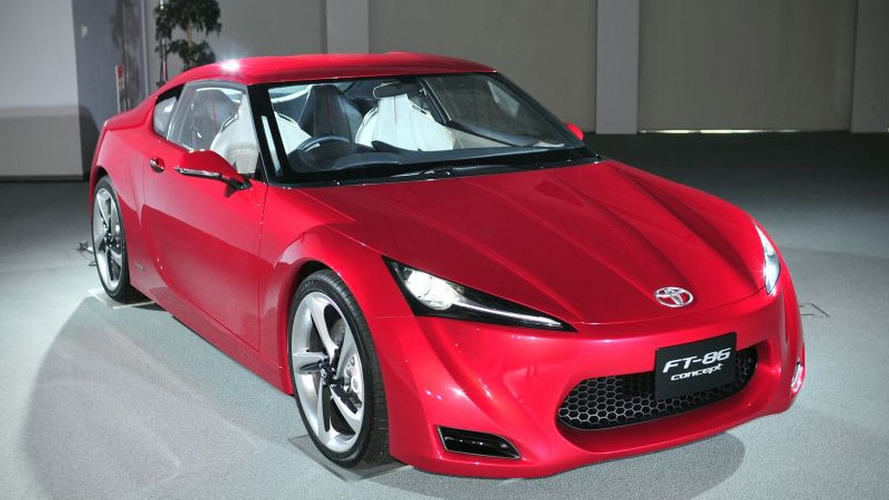 More pictures of the Toyota FT-86 Concept car have emerged showing details not available before.

Press days for the 2009 Tokyo Motor Show are less than seven days away and here we have a good set of Toyota FT-86 Concept pictures. These show more details than before, very much letting the cat out of the bag before its time.

A honeycomb grille dominates the front end while the side mirrors which are part carbon fibre feature turn signal lights. The rear end seems quite interesting. The lights cluster stretches from end to end, thinning out as it approaches the centre from either side. It's a clean cut design with no major frills apart from the air diffuser and the two single tailpipes hugging it.

Inside the future is brought to life by a flood of mostly bright red lights and digital readouts. If there were any doubts about the 6-speed manual transmission, they were put to rest by the three foot pedals. There's also something that looks like a red start/stop button at the centre console below the dashboard.

Toyota will introduce the FT-86 with more official information next week.