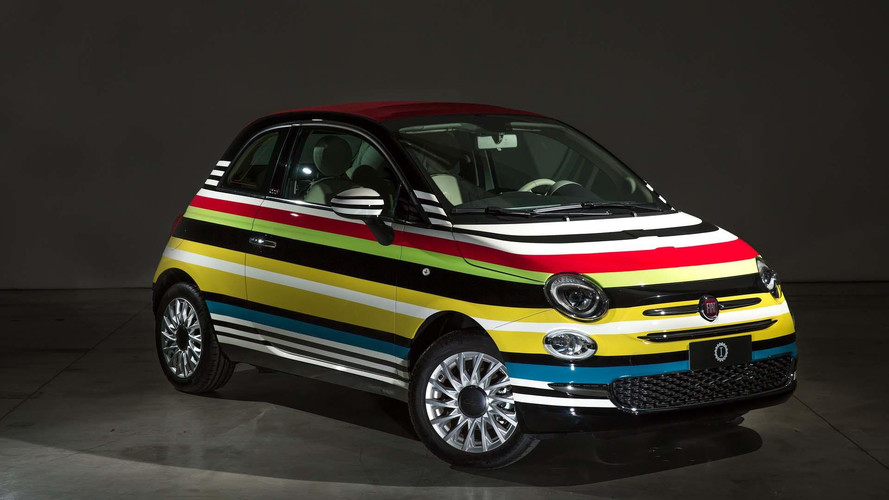 What happens when fashion meets the automotive world? Such things have occurred from time to time, sometimes with good results, others not so much. In the case of this dizzyingly striped Fiat 500C, we’ll excuse ourselves from judgment because this particular car is a one-off that was recently auctioned for a very good cause – AIDS research.

The car earned its stripes at Garage Italia Customs, a noted shop in Milan, Italy that has something of a reputation for producing exquisite, bespoke creations for high-end customers. We’re not kidding about high-end either – the portfolio for Garage Italia Customs includes everything from motorcycles and cars to helicopters, yachts, and even aircraft.

In creating this special Fiat, the shop drew inspiration from fashion designer Angela Missoni, who serves as the creative director for the Italian fashion company with the same name, founded by her parents in Varese. Missoni is known for colorful designs and geometric patterns, which come through loud and clear on this custom 500C. To match the exterior finish, custom upholstery work on the seats, floor mats, and other interior bits was also performed, with Missoni directly supplying the materials for the project.

The finished product was presented at the ninth annual charity event organized by amfAR, held September 21st in Milan at the Palazzo della Permanente. In addition to her role in fashion, Missoni also served as the host for the gala, which has raised over $12 million for AIDS research since it began. The Fiat auction was the closing act for the event, with proceeds going to support the cause.

The final bid wasn’t disclosed, but Garage Italia Customs called it a “generous” figure. Whether you like or hate the design, supporting a worthy cause is something we can all celebrate. So to that, we simply say well done. 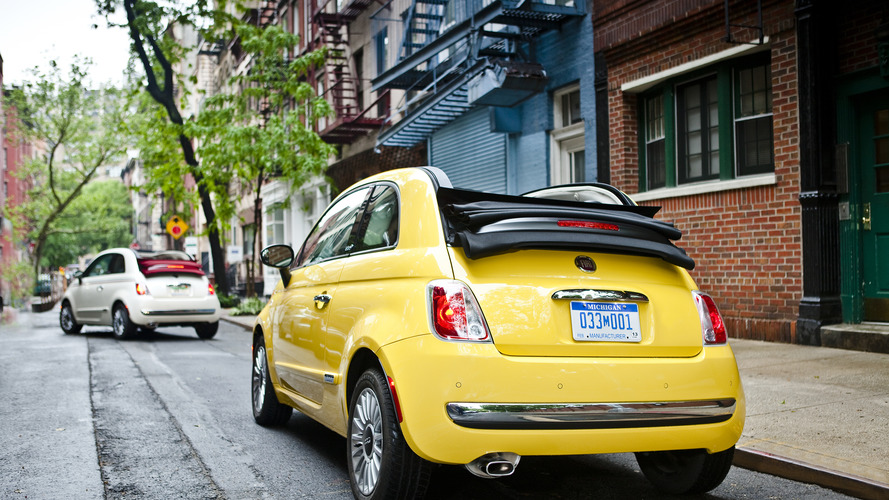 A unique Fiat 500C, personalised by the Garage Italia Customs specialists and inspired by
Missoni. All eyes on her at the charity Gala organised by amfAR in Milan.

In conjunction with the fashion week, Milan welcomed the ninth edition of the annual charity
event organised by amfAR. This world famous appointment took place in the beautiful setting
of Palazzo della Permanente on Thursday 21st September. Up to now, the event has raised over
12 million dollars for research and cure of AIDS.

Hosting the gala evening and doing the honours was Angela Missoni, winner of the “Award
of Courage 2017” for her involvement in the fight against AIDS, and creative director of
the famous Italian fashion Maison. amfAR has decided to dedicate a car in her honour that
recalls the unique and unmatchable style of the family brand, icon of Italian fashion and design
excellence in the world: the Fiat 500C Missoni.

Customisation was entrusted to the specialists of Garage Italia Customs who reinterpreted
the Missoni multicolour aesthetic vision on the curves of the bodywork of the Fiat 500C with
horizontal stripe painting characterising the Sintra pattern of the Missoni line dedicated to
the house. The experts of the creative hub directed by Lapo Elkann have thus masterfully
upholstered the interiors in leather and original material directly supplied by Missoni for
the seats. They have perfectly recreated the unmistakeable character in clothing and home
decoration that still influences contemporary lifestyle.

The car was auctioned off at the end of the Gala and the generous bidder has hence won
an automobile that is absolutely unique, a synthesis of Made in Italy fashion and tailor-made
customisation excellence worldwide.