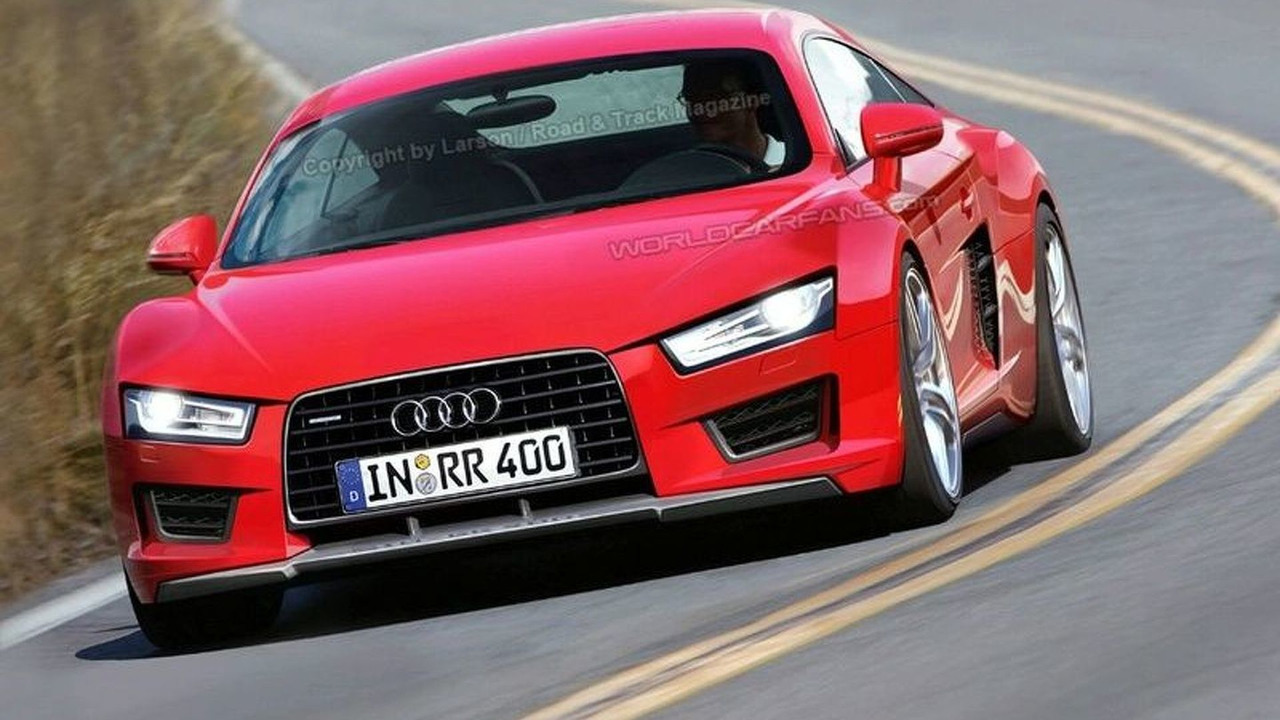 New renderings of the Audi R4, formerly the eTron concept, have surfaced. Details inside.

A new report posted on AutoExpress speculates the future of the rumoured mini R8.  The Audi R4 will be the production version of the eTron electric car concept shown off at the Frankfurt Motor Show in September.

Slotted between the Audi TT and the Audi R8, the all-electric R4 will likely have conventional combustion engine options as well.  It will possibly share a platform with the Porsche Cayman, and the upcoming Boxster, and should utilize aspects of the Aluminum Space Frame.

Expect the electric model to run on lithium-ion batteries, sending power to the dual electric motors mounted on each axle.  Expect these four motors to combine for well over the Tesla Roadster's output of 248 horsepower.  As the TT Coupe 2.0 TFSI has a top speed of 149 mph, the production R4 could advance beyond the eTron's 124mph top speed.  Because of a robust amount of torque, expect the TT Coupe's 6.6-second time to be shattered by the R4.

A full-charge may be able to take the R4 155 miles without plugging in, but that may not be enough to lure Tesla Roadster customers.