With new architecture and bolder design, the XC40 previews the shape of many things to come.

If you only think of the 2019 XC40 as a smaller version of Volvo’s XC60 and XC90 SUVs, you’re selling this new car short. Sure, there’s a lot of familiarity to the design, but Volvo says the XC40 is more of a “cousin” to its larger vehicles, not a sibling.

The XC40 “allowed us a chance to be a bit more daring and adventurous,” says Robin Page, Volvo’s senior vice president of design. It’s Volvo’s first entry into the compact SUV segment, and because of this, Page says XC40 will provide the “building blocks” for future small Volvos.

The larger XC60 and XC90 are “continuations of cars that already exist,” reminds Page. But the XC40 is new territory for Volvo, and “right for the segment.”

That’s why the mature, smoothed out lines of the company's larger SUVs are instead a bit more pronounced and blocky here on the XC40. Page uses an image of a bulldog puppy to describe the new car’s shape and stance. Designer Ian Kettle, meanwhile, refers to the XC40 as “a tough little robot,” and says his goal was to create a car that doesn’t just look like a scaled-down version of Volvo’s larger SUVs. 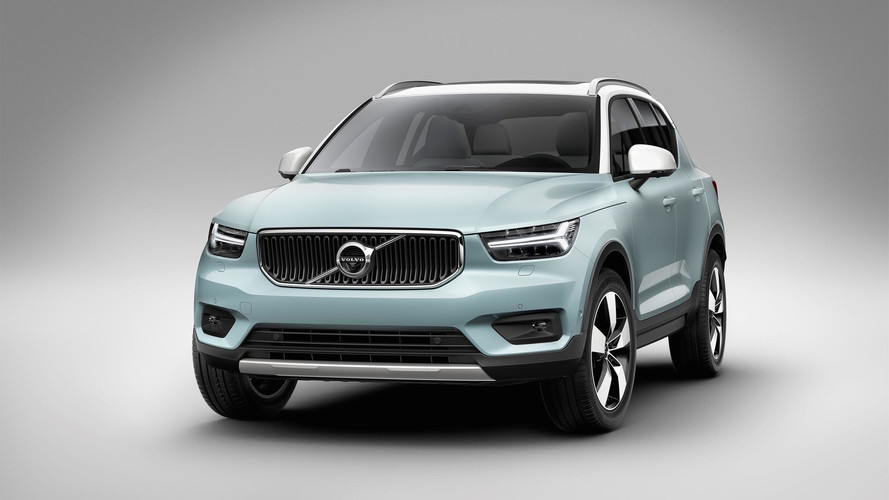 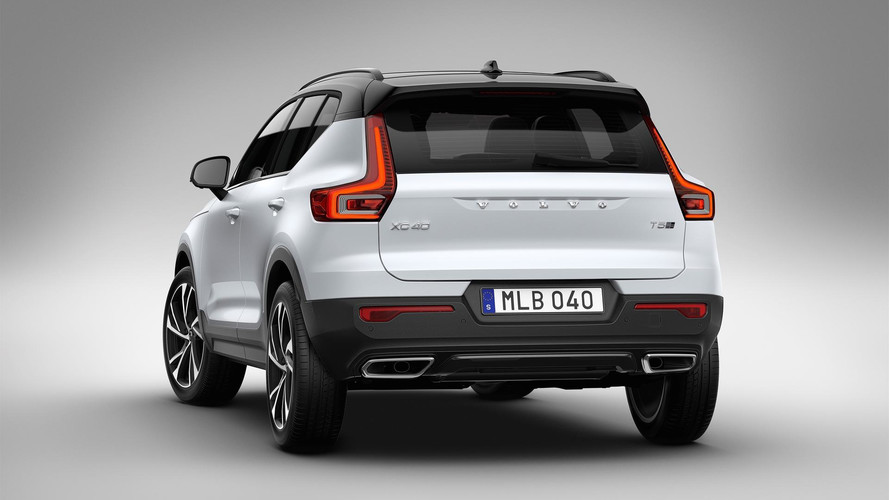 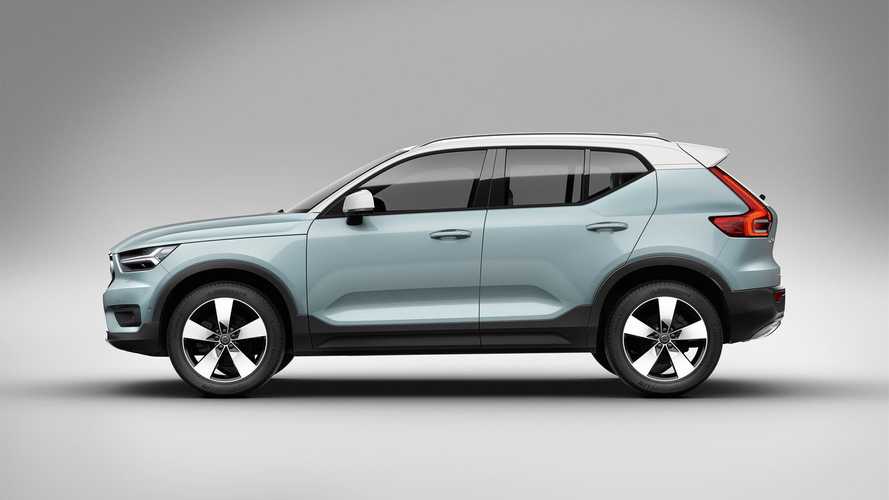 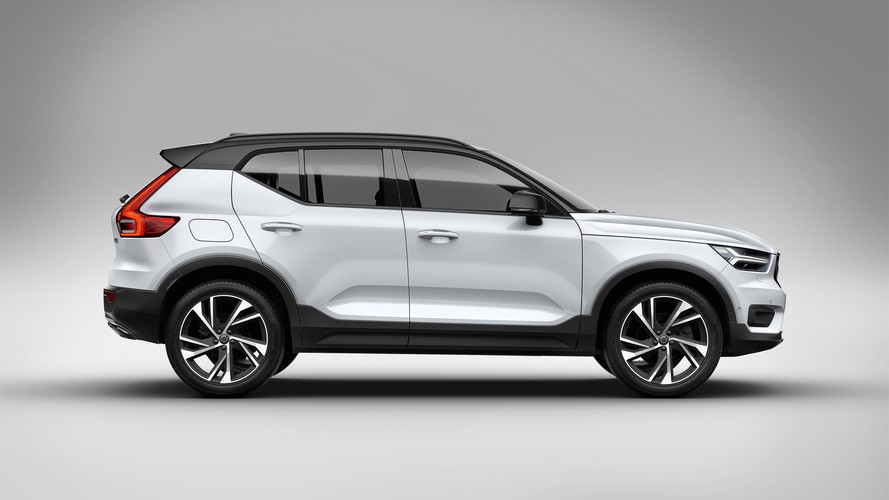 Designer Ian Kettle refers to the XC40 as “a tough little robot,” and says his goal was to create a car that doesn’t just look like a scaled-down version of Volvo’s larger SUVs.

Indeed, the XC40 represents a bolder expression of Volvo design: The way the contrasting roof meets the body color at the D pillar; the way the grille is actually angled forward a bit; even the fact that the license plate housing is integrated into the lower bumper rather than the rear hatch. These are all elements that distinguish the XC40 from the larger XC60 and XC90 SUVs, though details like the Thor’s Hammer LED running lamps and vertical taillamps are signature Volvo touches that connect the XC40 to its family members.

The interior uses a similar strategy, with Volvo showing its “daring and adventurous” mindset with a range of never-before-used colors and materials. The XC40 R-Design can be had with contrasting orange accents on the doors and footwells, along with a a sort of three-dimensional-looking inlay on the dash. A smaller, redesigned steering wheel and an abundance of LED ambient lighting set the XC40 apart from its cousins, as well, though familiar attributes like the vertically oriented infotainment screen carry over.

Unfortunately, unique-to-XC40 attributes like the black roof, big wheels, and orange interior will only be available on R-Design models; the Momentum trim will get a body-color or white roof. All U.S. models will come with leather seats, which is a shame, since a new plaid-like fabric option will be available in other markets. Of course, Volvo executives say they’re pushing to have this brought to the States, so don’t be surprised if it shows up in a year or two. For those seeking more luxury than anything else, a hifalutin Inscription variant will arrive in the near future, as well. 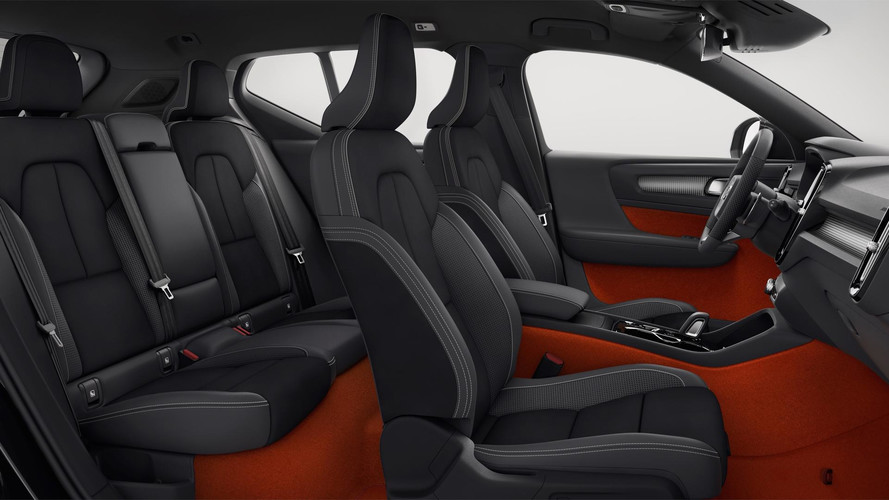 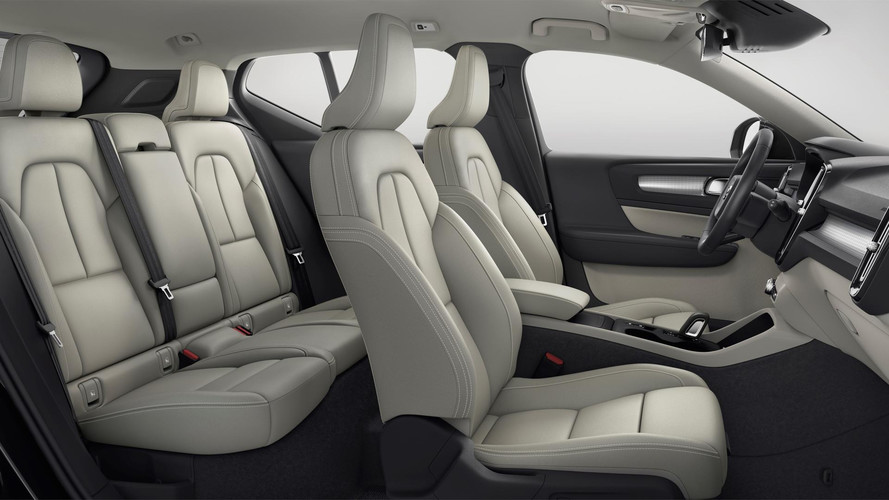 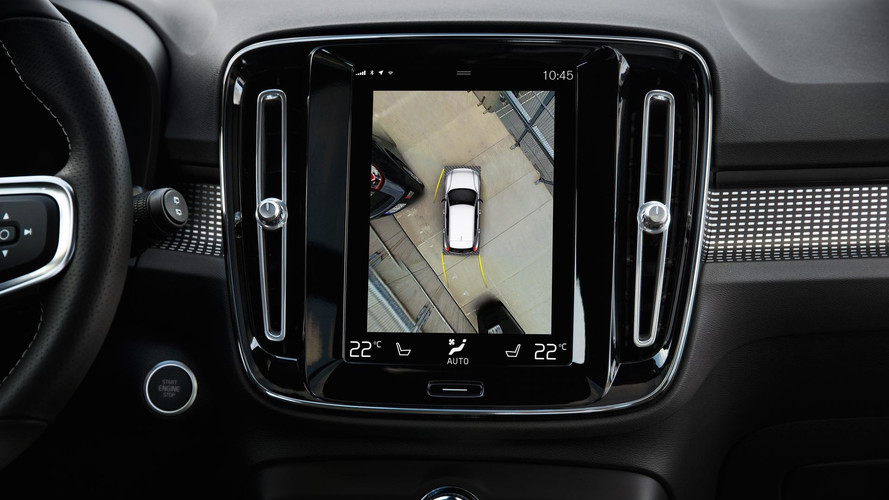 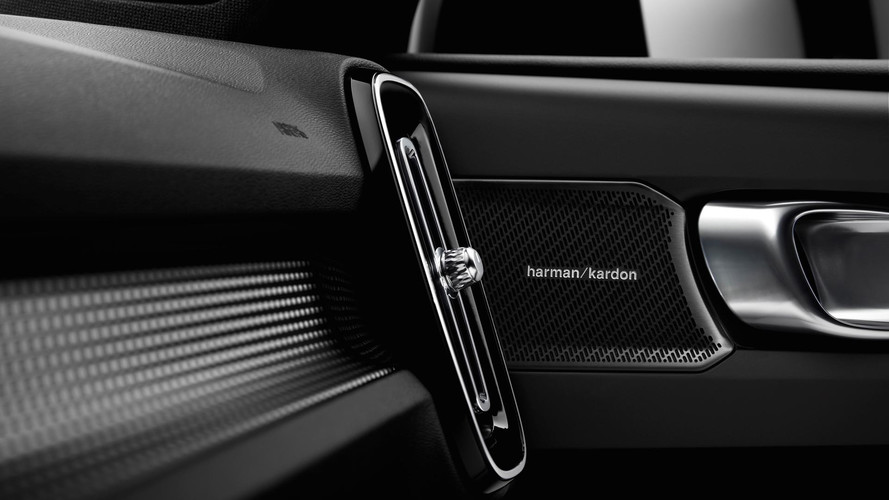 This new design language is only half of the story. Perhaps more important is the Compact Modular Architecture (CMA) platform that underpins the XC40, which will form the basis for all of Volvo’s future small cars. The updated 60- and 90-series cars, meanwhile, ride on the larger Scalable Product Architecture (SPA) platform, except for the aging S60 sedan and V60 wagon, which are soon to be replaced.

Volvo says its CMA platform is designed to work in conjunction with all of its Drive-E engines which, in the case of the U.S. market, means a turbocharged 2.0-liter inline-four in the XC40 T5. Plug-in hybrid and fully electric versions of the XC40 will arrive in the next couple of years, as well – remember, Volvo will soon electrify its entire lineup in some form or another.

For now, the XC40 is poised to be a hot seller globally for Volvo, and the company expects it do extremely well here in the States. The 2019 XC40 will be priced from $37,700 when it arrives in the U.S. early next year.