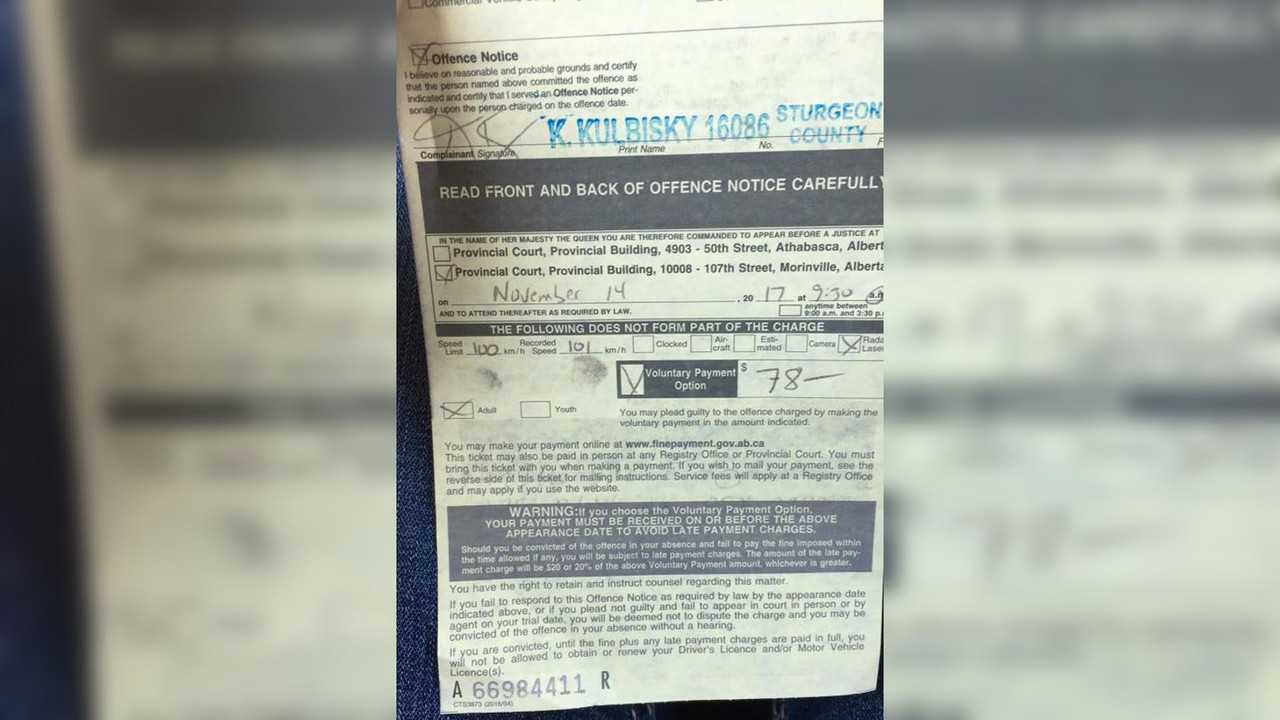 We respect law enforcement, but come on already.

We’ve all been there at some point. A police car traveling slow, either on a multi-lane highway or two-lane road, and we think well, I could make a perfectly legal pass here, but should I really pass a cop? This man took up the challenge we’ve all considered, when he elected to pass an officer driving slow on a two-lane road in Alberta, Canada. For his bravery, he was pulled over and issued a speeding ticket for just 1 kph over the limit. Don’t worry – the ticket was thrown out before it even went to court. But as you can probably guess, there’s a bit more to the altercation than that.

We caught wind of the story from Jalopnik, which got the full story from CTV News in Canada. The person of interest is Mathieu Gagne, who told CTV he was following the slow-moving officer north of Edmonton in Sturgeon County and decided to make a legal pass. The officer promptly pulled Gagne over and told him it was “disrespectful” to pass him, even though it was allegedly done within the confines of the law. The officer cited him for going 1 kph over the posted limit, with a fine of $78 and a guaranteed hike in insurance costs.

Gagne’s girlfriend posted the ticket and an account of the altercation to social media, and predictably, it went viral. Here’s where things get even shadier for the officer involved, because a representative from Sturgeon County called Gagne a couple days later to say the fine was rescinded – not because the whole thing was ridiculous, but because the officer incorrectly listed the speed as radar or laser verified on the ticket, when in fact he’d just estimated the speed. Sounds like a cop out for the county, and yes, the pun is totally intended there.

So, aside from being “disrespected” for being overtaken in a legal passing maneuver, the officer may have also falsified the ticket by saying the speed was laser/radar verified. According to CTV the officer isn’t facing any disciplinary action over the encounter.

We have the utmost respect for the men and women in law enforcement. Every single day they face situations and threats that the rest of us can’t imagine. If, however, these reports are accurate, this officer should at the very least be given a major reality check on what respect really means, not to mention a refresher on the true responsibilities that come with wearing a badge.