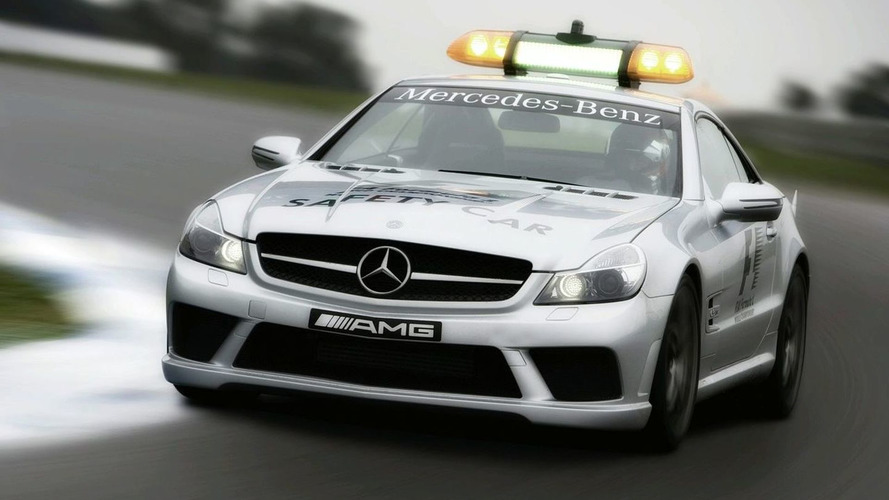 Mercedes-Benz has revealed the 2008 Safety Car and Medical cars for the Formula One season. Both the SL 63 AMG and C 63 AMG respectively have their roots in production cars and have kept most of those underpinnings.

The two “normal” cars on the Formula One grid have been revealed for the 2008 season. Mercedes-Benz, who have had a relationship with F1 since 1996, are yet again leading the pack with the Safety Car in the form of an SL 63 AMG 2008 version. At the same time the C 63 AMG makes its track debut in Estate guise as the Medical Car.

Merc is extremely proud of the achievements its AMG division has had on F1 tracks. The Safety Car for instance, is made for speed and handling since it also acts as the pace car when the race is paused for whatever reason, whether there is an accident on the track or similar.

The two cars built specially by AMG, have enhanced performance characteristics to cope with the 800-plus horsepowers dished out by F1’s super advanced cars. For this thrill engines have gone unchanged for that kick. The SL 63 AMG’s 6.2-litre V8 packs a formidable 525 bhp/ 386kW engine as quick as 4.6 seconds off the mark. Piloting the Safety Car is 36 year old Bernd Mayländer who will incidentally be setting the pace at South Africa’s Phakisa Raceway next month for the SA launch of the C 63 AMG there.

The Medical Car has come under the spotlight more than ever after the tragic incident that robbed F1 of Ayrton Senna. It features 19-inch Pirelli tyres, same 6.2-litre V8 that delivers 457 hp/ 336kW and 600 Nm of torque. The Medical Car needs all this power to get around to where a problem arises as quickly as possible. These two will first be seen in Australia next week when the 2008 season starts.