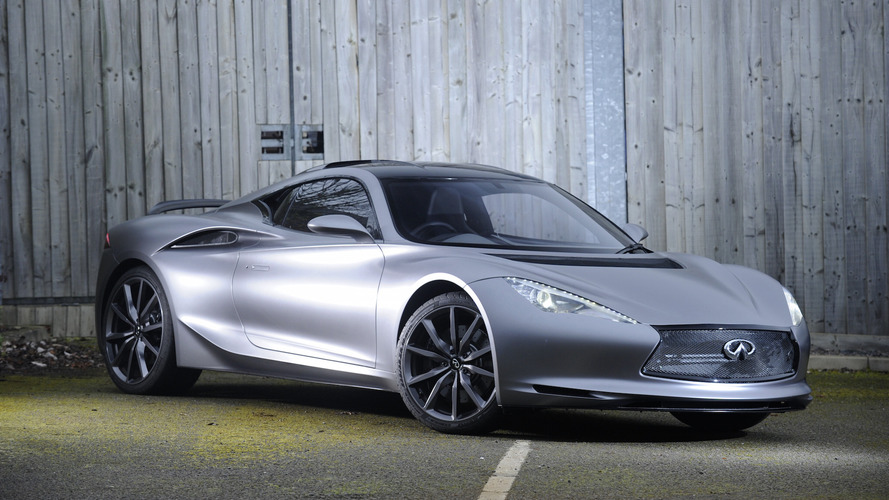 A production version of the concept will be unveiled in 2019.

At the upcoming Detroit Auto Show, alongside Ford, Chevy, and the entire lot of domestic debuts, at least one Japanese marque will have something special on display. Infiniti will reportedly release an electric performance model in Detroit, something similar to the hybrid Emerg-E we saw back in 2012.

According to Autocar, design boss Alfonsa Albaisa confirmed the electric model would not be a variation of a current model, nor will it share its platform with an already existing vehicle like the Nissan Leaf. Instead, the EV will ride on its own unique platform, Infiniti following the direction of brands like VW and Mercedes in development of its own pure electric lineup.

Some of that EV technology will be borrowed from the Prototype 9, which made its debut in Pebble Beach at the Quail, Albaisa saying, "part of the [Prototype 9] in a different context" will be on display in Detroit. It’s still unclear whether the EV will be a pure performance model, or something more mainstream like a sporty sedan or SUV.

This isn’t Infiniti’s first foray into EVs. In 2012, the company debuted its Leaf-based LE concept, which was powered by a 134-horsepower (99-kilowatt) electric motor and featured 240 pound-feet (325 Newton-meters) of torque, and a 24 kilowatt-hour lithium-ion battery. The previously mentioned Emerg-E concept followed later in the same year, and was powered by a 1.2-liter gas engine paired with two electric motors, producing a healthy 402 hp (302 kW) and 738 lb-ft (1,001 Nm) of torque.

The vehicle in question will be shown as a concept in Detroit, and is expected to make its production debut sometime in 2019. CEO Roland Krueger said that the prototype is "very good," and that, "we want it to have a unique Infiniti driving experience." Expect to see it on display when doors open to the 2018 Detroit Auto Show in January.