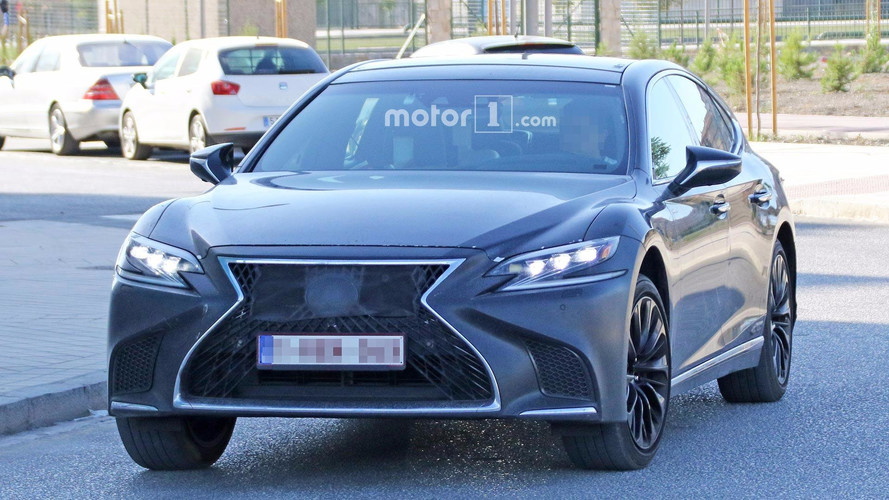 We've heard through the grapevine it will have around 600 horsepower.

Following the launch of the standard LS 500, the thrifty LS 500h, and the more aggressive LS F Sport, Lexus is allegedly preparing to unveil the crown jewel of its fullsize luxury sedan range. A Japanese magazine - from where the photo attached below comes from – has revealed a high-performance LS F is going to be introduced as early as next month at the Tokyo Motor Show.

The blue car might seem like a real deal at a first glance, but we have a feeling this is only a speculative render, a great one at that. Legit or not, spy shots have shown Lexus is cooking up a hotter LS, so this new rumor does not actually come as a big surprise. The styling is expected to take after the aforementioned F Sport, but with bigger air vents, bulging fenders, larger wheels and brakes, together with other upgrades you’d expect from an F model.

By far the biggest change compared to the F Sport will be underneath the hood where reports from Japan are indicating Lexus will install a brand new 4.0-liter V8 engine equipped with a pair of turbochargers. Rumor has it the eight-cylinder mill will deliver about 600 horsepower, which would give it a substantial 185 hp more compared to the regular LS 500.

Meanwhile, we will have to wait until the end of next month to find out whether the rumor about the LS F will indeed pan out. The Tokyo Motor Show is set to start on the 25th with the first press day. The 45th edition of the event is shaping up to be quite exciting as Mazda will introduce a new rotary-powered concept at the very same venue. Mitsubishi is going to show us a new Evo, but it will be a coupe-SUV electric concept…