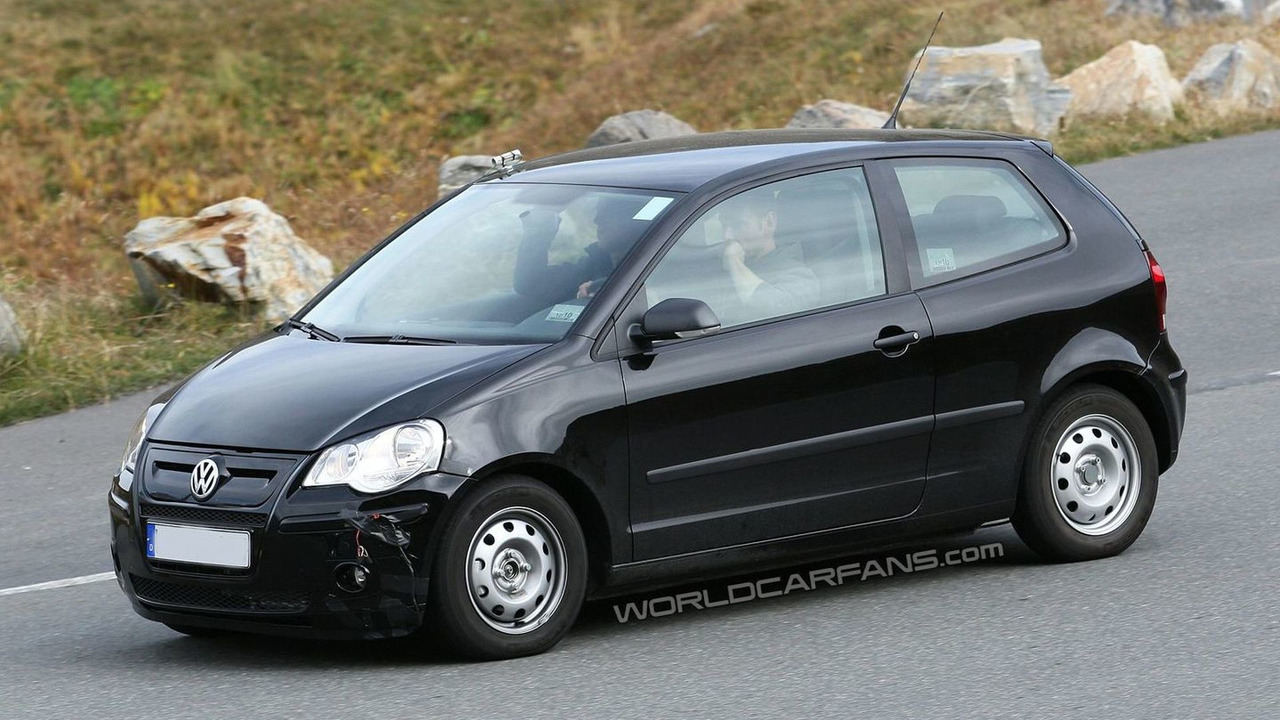 Mule of VW minicar dressed in a shortened Polo shell likely the production version of the Up! concept.

A VW mule has been spied by our intrepid photographers doing some road testing for what will be a new sub-compact/city car for Europe's biggest automaker.

This is very likely the production prototype for the Volkswagen Up! which VW has already introduced as a concept car. But it is masking itself quite well under a shortened Polo shell so we cannot tell from the pics how much the production Up! will come to resemble the concept one we've already seen.

The Up! may come to drop its concept name and revert back to being the Lupo as previously reported, a minicar model VW discontinued. Or maybe it will only lose the exclamation point. Both 3 and 5-door variants are expected, with the 5-door being a little longer. An E-Up! has also been introduced as a concept, so we can perhaps expect a fully electric version sometime later too.

The new Up!/Lupo is expected to make it to market by 2011 with a slate of compact diesel and petrol/gasoline engines from VW's stable of powerplants. The electric version has been tentatively scheduled for a 2013 release.