Police In Australia To Get 80 BMW 530d Highway Patrol Cars 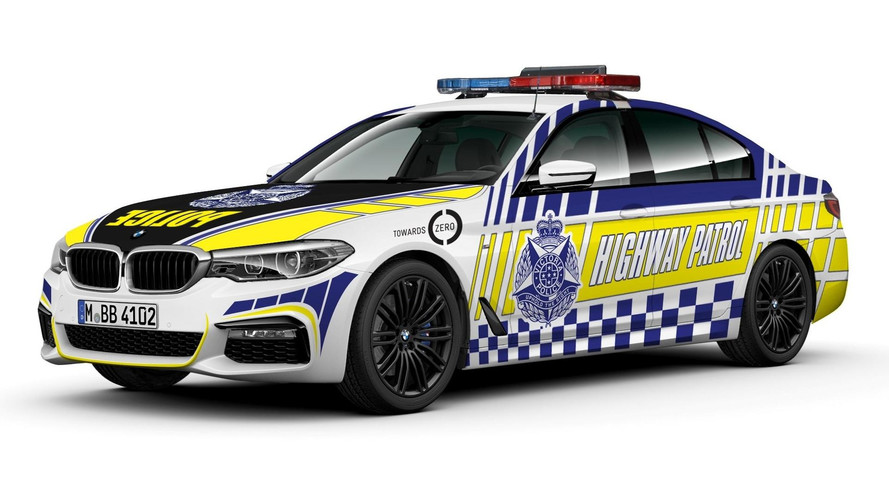 After numerous performance cars, Aussie police is getting a more sensible model.

Fast cars such as the Audi RS4 Avant, Porsche 911 Carrera, Mercedes-AMG GLE 63 S Coupe, and Lexus RC F have all been – some still are – part of the Australian police fleet and now local authorities have announced they will be throwing 80 more cars into the mix. Beginning with 2018, Victoria Police will be getting BMW 530d sedans to use as highway patrol cars and all of them are going to be delivered by the end of that year.

Rather than inking a deal with local marque Holden to get the new Commodore (aka Opel/Vauxhall Insignia aka Buick Regal), the police Down Under has signed a partnership with BMW for the 530d. It won’t be the exact same version available in Australian dealerships as the cars are going to be built in an entry-level specification without some of the luxury amenities in order to drive down the costs. Instead, the cars will feature a factory-fitted “police pack” bringing various equipment necessary for patrol cars.

While this particular version of the 5 Series is neither as quick nor as fast as the performance cars mentioned in the beginning, that doesn’t make it slow. On the contrary, its turbodiesel six-cylinder, 3.0-liter engine with 265 horsepower (195 kilowatts) and a torquetastic 620 Newton-meters (457 pound feet) enables the midsize sedan reach 62 mph (100 kph) in a not-too-shabby 5.7 seconds. It will keep on going until an electronic top speed limiter will kick in at 155 mph (250 kph), though it would be interesting to find out where the police-spec cars have that limiter. Hopefully, the officers responsible for driving the 530d sedans won’t have find that out the hard way while chasing speeders on the run.

Pricing details have not been published, but we do know the regular BMW 530d costs from 121,600 Australian dollars (plus on-road costs).

BMW Australia is proud to announce a vehicle supply partnership with Victoria Police.

The arrangement sees Victoria Police committing to include up to 80 BMW 530d sedans on the highway patrol fleet by the end of 2018.

“Lauded by media and customers alike for its combination of performance, safety and efficiency, the new BMW 5 Series range is a natural fit for police duty,” said BMW Group Australia CEO Marc Werner of the announcement.

To ensure maximum cost effectiveness, the turbocharged, six-cylinder dieselpowered BMW 530d was selected. It will be presented to Victoria Police in an entry-level specification, eschewing some of the higher-end luxuries found on the regular production model in favour of a factory-fitted ‘police pack’ which prepares the vehicle for heavy-duty operations. Similarly-equipped BMW 5 Series vehicles have long been part of European police forces, displaying a high level of technology with ample performance in emergency situations.

The first BMW 530d Victoria Police Highway Patrol vehicles are expected to be operational by early-2018.

With its three brands BMW, MINI and Rolls-Royce, the BMW Group is the world’s leading premium manufacturer of automobiles and motorcycles and also provides premium financial and mobility services. As a global company, the BMW Group operates 31 production and assembly facilities in 14 countries and has a global sales network in more than 140 countries.