Audi A8 Prototype Hits the Ring 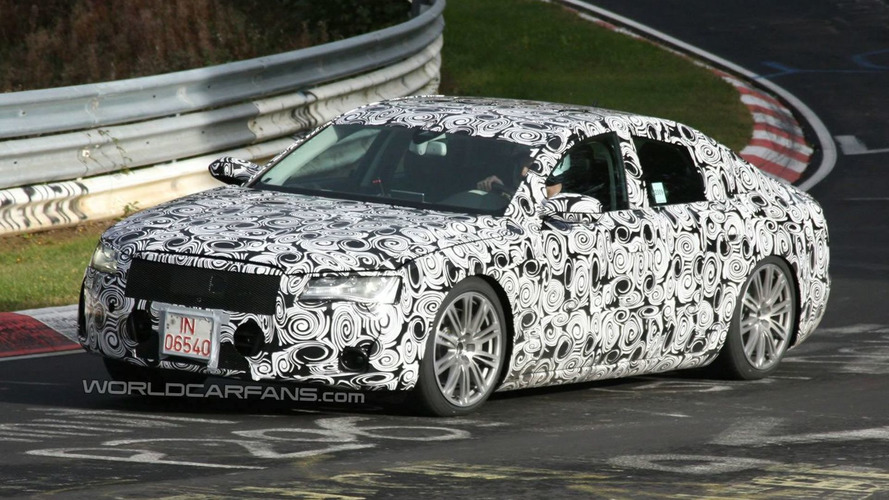 Next-generation Audi A8 spied while doing some laps during track testing. Audi's flagship sedan is expected to make its debut sometime next year.

An Audi A8 prototype has been spied testing again.

The pics do not reveal anything new and what to expect from the next-generation of Audi's flagship sedan is based mostly on speculation.

But that the new A8 will be fitted with Audi's standard array of large engines is an easy guess to make. Those include the 3.0 liter TDI and the 4.2 liter V8 petrol/gasoline. Despite reports of the S8 being cancelled in America, perhaps and S8 will come with a variant of Audi's 5.0 liter V10 FSI engine as seen in the R8.

Questions arising, though, as to what new technology Audi will introduce into the A8 to keep it competitive, newsworthy and eco-friendly. Mercedes has an S-Class hybrid, as does BMW with the 7-Series, but there's been no word yet about any possible hybrid A8.

Likely to be featured is a second-generation of Audi's Aluminum Space Frame (ASF II) technology which makes the A8 standout in terms of engineering accomplishment. The aluminum frame keeps the A8 light and agile, a key distinction in this notoriously heavyweight class.

The next-generation Audi A8 will be making its debut sometime next year - maybe at the Geneva auto salon, or perhaps later at the Paris show in September. Audi will want to make sure that its flagship sedan will get the appropriate amount of fanfare for what is one of the most important launches for the German premium brand.