Prior to the new 720S, the 675LT was the second most powerful model in the McLaren lineup… just behind the thousand plus-horsepower P1, of course. But as 675LT road car grows old, overshadowed by the new 720S, McLaren thought it would only make sense to turn its aging sports car into a proper race car.

Spotted testing on the Nürburgring, new spy photos give us our first look at the proposed 675LT race car – potentially a GT3 variant. So far, details on the project are still slim. Apart from the obvious 675LT cues – most notably the front and rear diffuser – the prototype gains a number of track-focused features like an aerodynamic hood, multiple new vents on the grille, a roof-mounted engine scoop, and a massive rear wing, of course. 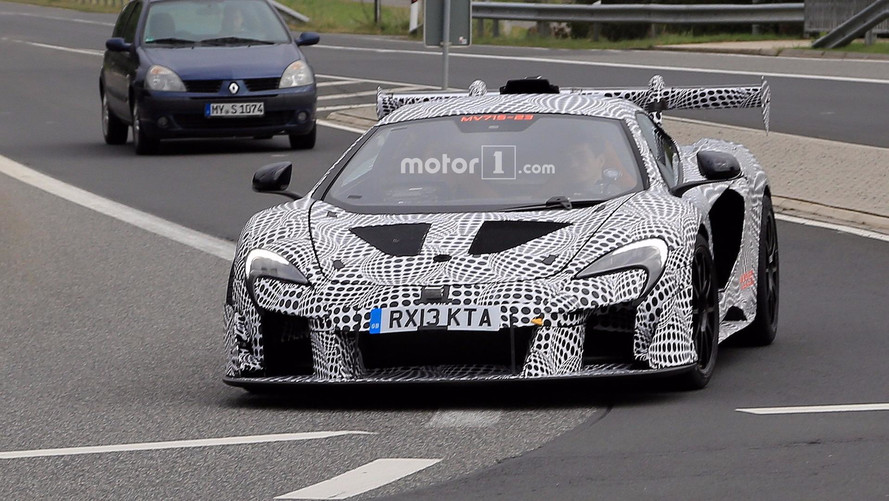 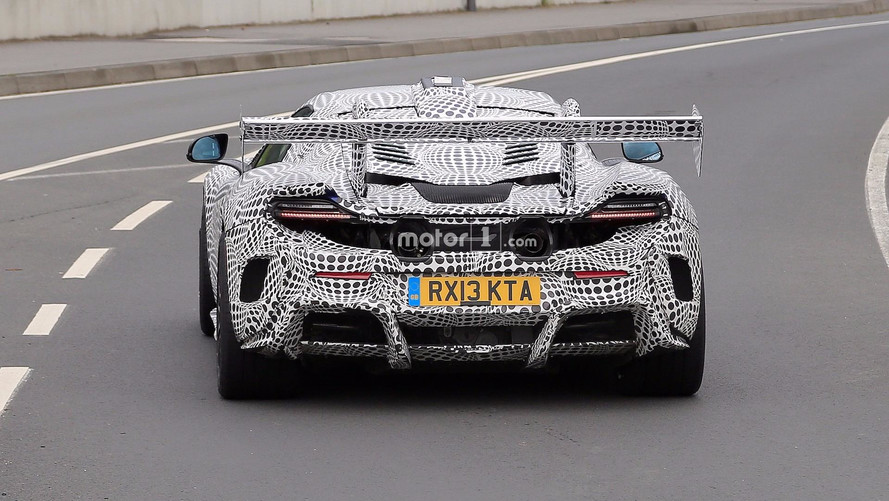 On the windshield and rear fender, the letter and number combination MV715-23 can be seen, likely signifying an internal designation for the prototype. Details like a tow hook, new wheels and tires, and some added side profile detailing can also be noted upon further inspection.

All in all, the prototype looks pretty damn aggressive. But apart from the spy photos pictured here, we still don’t know much about it. We do know that from the factory the original 675LT came equipped with a 3.8-liter biturbo V8 good for a devilish 666 horsepower (496 kilowatts) and 516 pound-feet (699 Newton-meters) of torque. This one will likely be even more powerful than that. 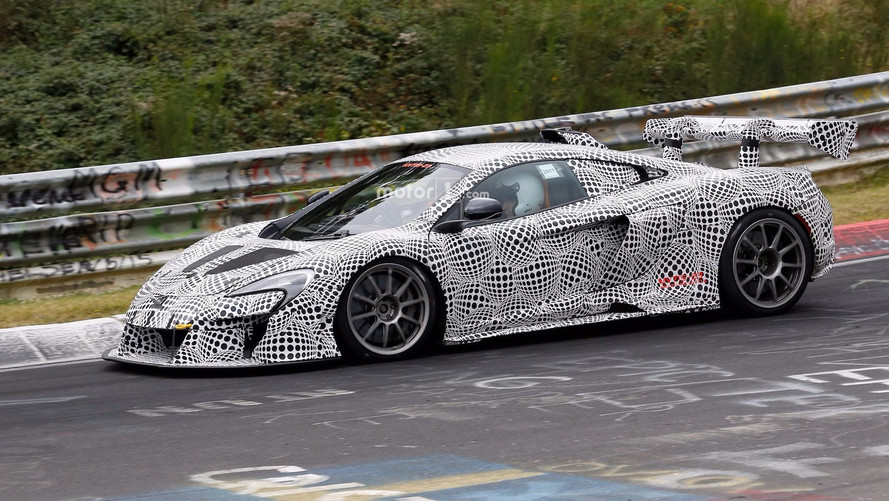 The previous 650S GT3 produced 492 hp (366 kW), and came with many of the same aerodynamic cues pictured on the prototype here – a massive rear wing, a more aggressive front diffuser, etc. If this is indeed a GT3 version of the 675LT, expect somewhere in the neighborhood of 700 hp (521 kW) if and when it debuts.