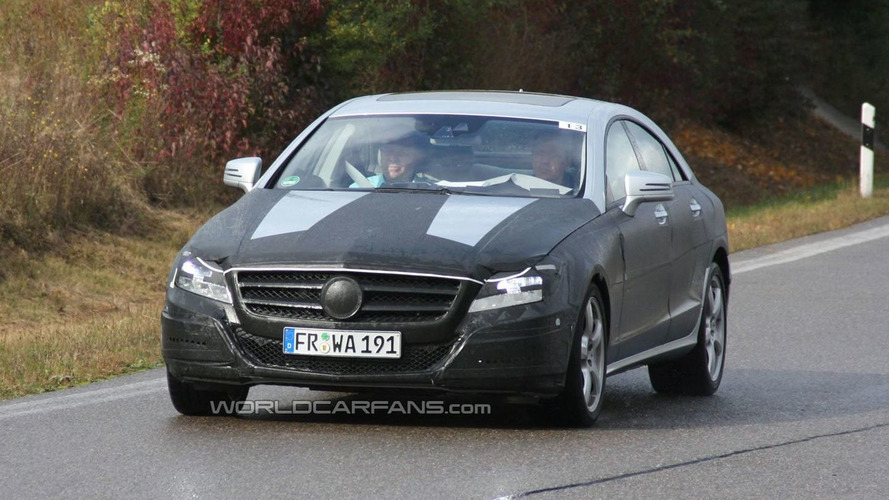 New details can be seen on the next-generation Mercedes-Benz CLS, including the roofline and lighting shapes. This prototype is less padded than before.

A new set of photos featuring the next-generation Mercedes-Benz CLS surfaced this week.  The photos show a car with less padding, giving us some insight into its design.

The prototype featured in the pictures appears to have a shorter trunk that smoothly integrates with the roofline.  Windows appear to be bigger, and side mirrors are squared off.  Headlights on the new model may be a bit more conventionally shaped, not quite rising as much towards the wheel-wells.

Previously spied were the vehicle's rectangular tailpipes and the sunroof.  Both items are still seen in the new photos.

The new 2011 Mercedes-Benz CLS should be launched sometime next year.  A BlueHybrid version of the "2+2" is expected, as well as petrol and diesel models ranging up to the 530+ horsepower AMG unit.