Kia Stinger To Get V8 Engine In The United States? 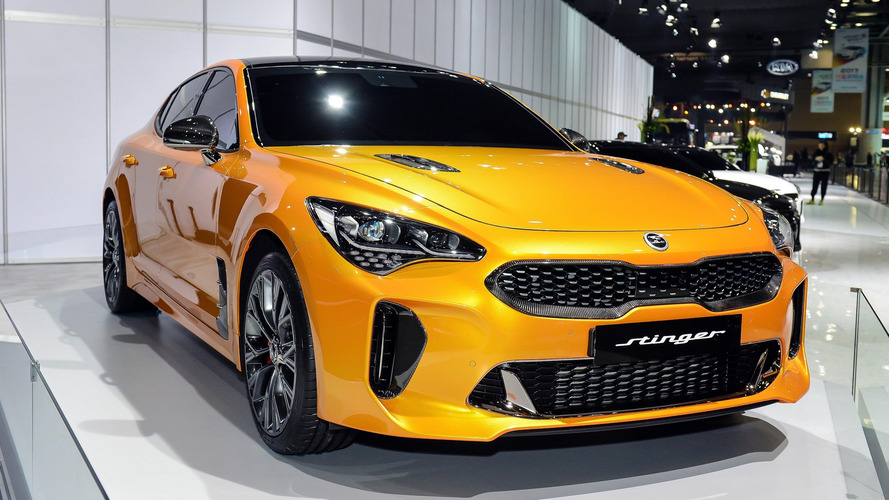 The engine in question is a naturally aspirated 5.0-liter with well over 400 horsepower.

On its way to dealerships across the world, the new Kia Stinger tops out with the sporty GT model equipped with a biturbo 3.3-liter V6 producing 365 horsepower (272 kilowatts) and 376 pound-feet (510 Newton-meters) of torque. Things could change in the future as the stylish gran turismo might be blessed with a larger engine. The company’s general manager of media and corporate communications for Australia, Kevin Hepworth, revealed in an interview a V8 version is seriously being considered for some markets, with one of them being the United States.

He refrained from providing more details, but logic tells us the engine he was talking about was the naturally aspirated 5.0-liter available in the K900. In the large sedan, it pumps out 420 horsepower and 376 pound-feet (510 Newton-meters) of torque. In the Genesis G80 and G90 models, the big V8 has the same amount of horsepower, but a slightly higher maximum torque of 383 lb-ft (519 Nm).

Considering the Stinger isn’t even out yet, it’s going to take a while until the most exciting car to come from Kia will get an engine with two extra cylinders. The same thing can be said about a more performance-oriented version as the man in charge with the company’s performance models, Albert Biermann, said the existence of a “GTR or something” hot derivative will depend on the sales success of the regular Stinger. He admitted the car “has more potential no doubt,” but it’s too early in the game to come out with the big guns.

Meanwhile, the regular Stinger will arrive in the United States in the near future with the V6 and a smaller turbocharged 2.0-liter four-cylinder producing 255 hp and 260 lb-ft (353 Nm). Both engines are going to be hooked up to an eight-speed automatic transmission and Kia will give buyers the choice between rear- or all-wheel drive.