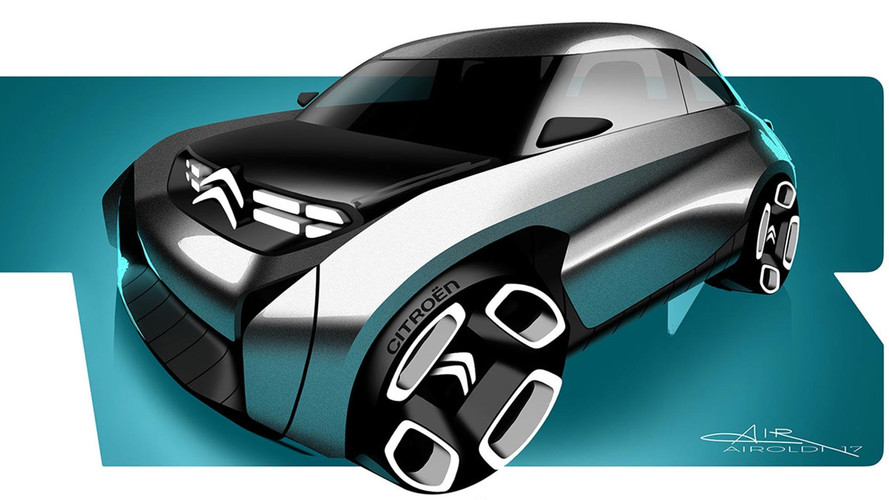 The rear passenger has to sit sideways.

Milan-based designer Stefano Airoldi considers what a future Citroën electric city car might look like with his C-Électrique concept. Since Paris is already looking to ban some older vehicles and diesels in the near future, little EVs like this could be the way that many people get around the City of Lights someday.

The C-Électrique takes design cues from the iconic Citroën 2CV, and the similarities are particularly evident in Airoldi’s rounded silhouette for the model’s profile. Up front, there’s a far more modern look with a bank of LEDs flanking the Citroën brand chevron. The taillights pick up the same aesthetic as the nose’s illumination by using groups of oval LEDs.

Inside, the cabin is incredibly simple. The entire dashboard is a digital screen, and there are large buttons on the steering wheel for the Menu, Navigation, Media, and Volume controls. The digital speedometer appears to be a hologram that floats out from the dash. A simple mix of blue and black upholstery looks sophisticated yet understated

Airoldi imagines the C-Électrique as measuring just 9-feet-10-inches (three-meters) long, which would make the vehicle a little longer than a modern Smart Fortwo at 8 feet 10 inches (2.69 meters) in length. The extra room lets Airoldi cram a third passenger into the little vehicle, but the person has to sit sideways. Getting in and out of the C-Électrique from the back looks fairly difficult. It might actually be easier just to use the hatchback as a means of entry and exit.

While the Citroën E-Mehari is a little larger than Airoldi’s idea for the C-Électrique, it fulfills a similar niche as a stylish, electric vehicle. The quirky model has a 30-kilowatt-hour battery that offers a 121-mile (195-kilometer) range under the New European Driving Cycle standard. It’s lacking for power, though, with just 67 horsepower (50 kilowatts) and 122 pound-feet (166 Newton-meters) of torque. Reaching 37 miles per hour (60 kilometers per hour) requires 7.3 seconds and the top speed is just 68 mph (110 kph).