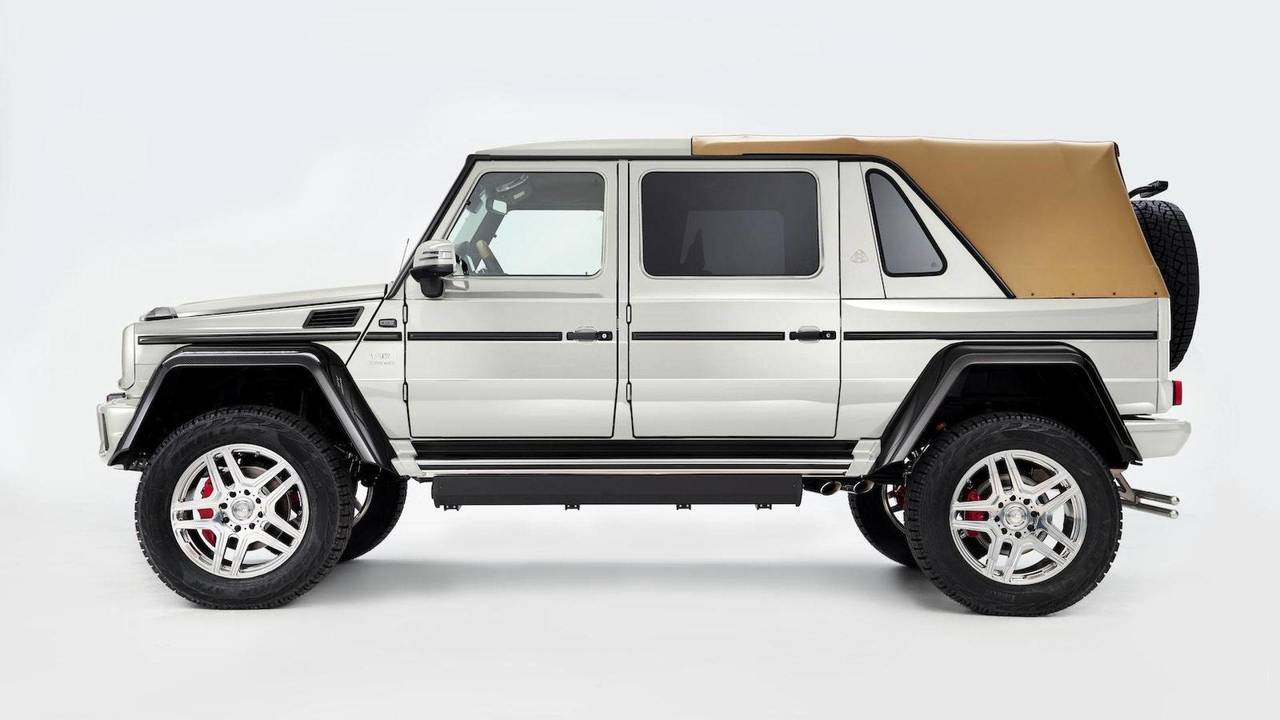 All proceeds from the sale will be directed to charity.

[Update] A private Belgian buyer has won an intense bidding war for the final Landaulet and will pay €1.2 million (about $1.4M) to claim the unusual luxurious off roader.

Hands down the most extravagant G-Class ever made, the G650 Landaulet badged as a Mercedes-Maybach is a rare sight on the streets as production is capped at only 99 units. One of them is about to cross the auction block as Daimler is giving Bonhams the opulent droptop G to benefit the “Laureus sport for good foundation” charity of which Mercedes is a global partner.

When the exclusive vehicle was unveiled back in March at the Geneva Motor Show, all cars except for one had already been sold for a staggering pre-tax price of €630,000 (approximately $754,200). Mercedes decided to keep the 99th car to itself to auction it later on for a noble cause. The sale organized by Bonhams will take place on October 6 when the auction house estimates the unusual off-roader will fetch more than the model’s original asking price. Not only will it be the first G650 Landaulet to be publicly auctioned, but there’s a good chance it will turn out to be the most expensive G-Class ever.

A forbidden fruit in the United States, the limited-run G-Class borrows the portal axles of the G500 4x4² and the fully reclining individual rear seats of the S-Class. Mercedes stretched the wheelbase by almost 58 centimeters (23 inches) compared to the standard model and installed a glass partition to boost privacy. There’s leather just about everywhere you look, including even on the folding tables. The electrically foldable soft top is part of the package, as are the heated and cooled cup holders and a rear-seat entertainment system with dual tablets.

At its heart is the biturbo V12 6.0-liter engine 630 horsepower (463 kilowatts) and 737 pound-feet (1,000 Newton-meters) of torque sent to 22-inch alloys housed with beefy wheel arches made from carbon fiber. It has an astounding ground clearance of about half a meter, so it should be able to tackle just about every type of difficult terrain out there.

The most luxurious G-Class to date won’t take down any Nürburgring records as the top speed limiter kicks in at just 60 mph (96 kph) when the roof is down or 112 mph (180 kph) when it’s up.

As controversial as the G650 Landaulet may be, there’s no denying it is an interesting machine.