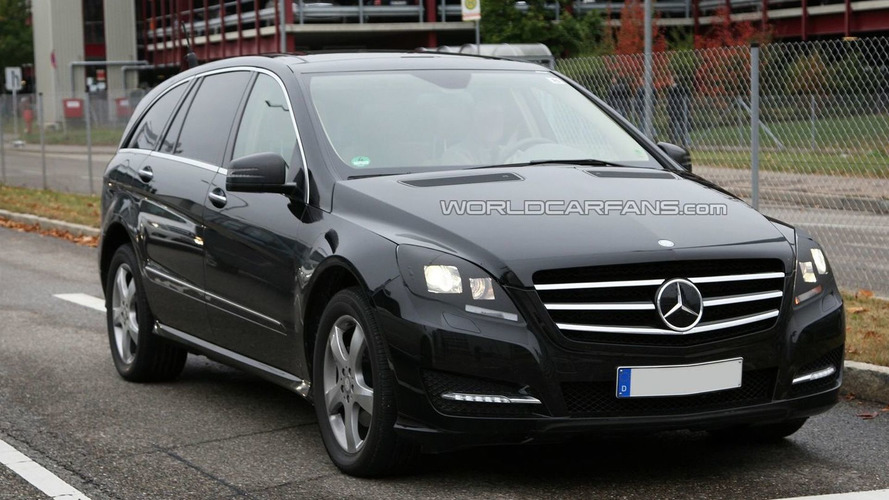 Mercedes-Benz has done a better job with the upcoming facelift R-Class, as these spy pictures show. The car will debut at the 2010 NAIAS in Detroit.

A facelifted Mercedes-Benz R-Class has been spied again but this time showing much more of its true colours than previously. It has a brand new front end featuring LED daytime running lights, a new front bumper, new headlights, a different bonnet and fresh side mirrors.

Changes were also made at the rear but these are minimal. However they do include a new-shape bumper, rear LED lights and new exhaust tailpipes. Overall the R-Class has now visually caught up with other latest Mercedes models. Engines will also play catch-up and probably include BlueEfficiency and BlueTec models.

The vehicle has not been the most successful Mercedes model so far with sales lagging projections. Even the advent of a seven seat option and additional entry level drivetrain options did not significantly improve circumstances. Hopefully, these dramatic changes will set the R-Class on an improved path, if only one could classify it properly.

Public debut will be at the 2010 North American Auto Show in January. Soon thereafter it will start selling in the US as a 2011 model.