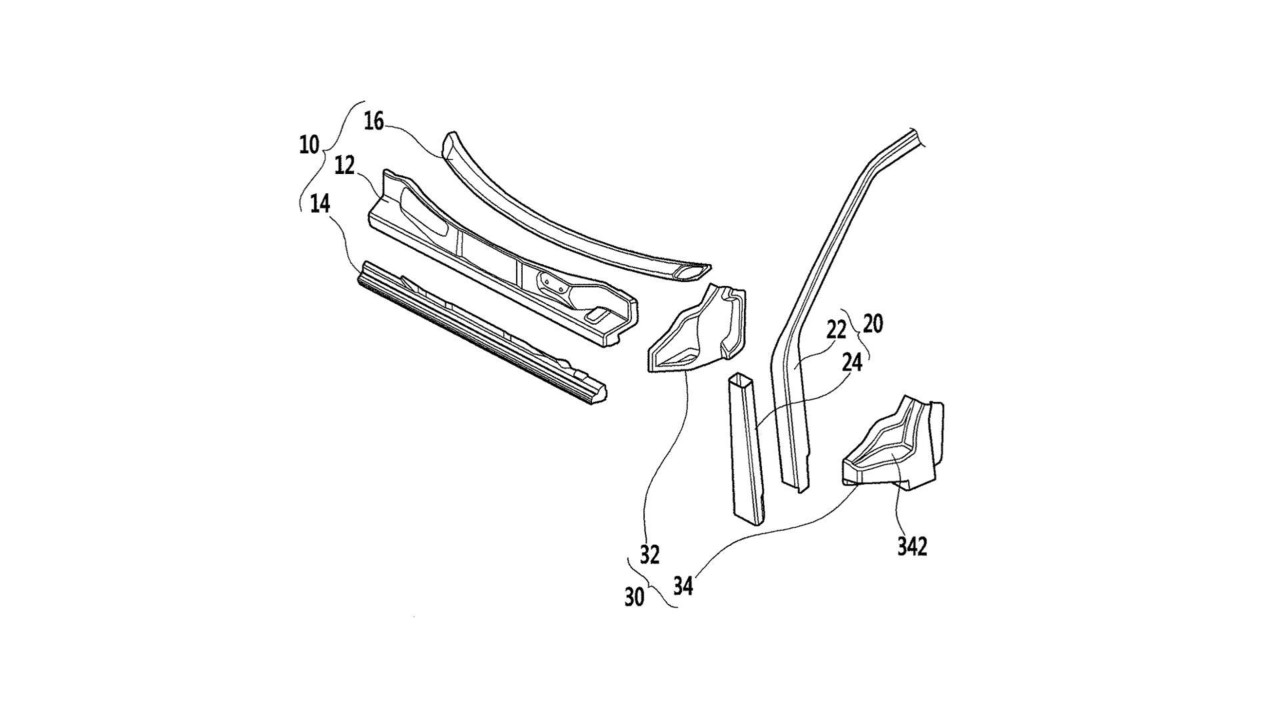 The idea would reduce weight and retain the vehicle's stiffness.

Future Hyundai models could be a light lighter thanks to a new patent for using carbon fiber reinforced plastics for the front structure of a vehicle. The innovation could give the company’s high-performance N division an edge when trying to take on the best from its rivals.

Hyundai’s patent describes using CFRP to form the cross member for the cowl – the portion of the body that separates the passenger compartment from the engine bay – and the body pillars of a vehicle. Generally, an automaker would use steel or aluminum for these parts to ensure strength. The company would braid the two CFRP parts together, which integrates so that there’s better structural rigidity. To make the CFRP components even stronger, Hyundai might form the parts so that they have a polygonal cross section, rather than a simpler, rectangular shape.

In addition to making these body structures out of CFRP, Hyundai’s patent also describes making the entire cowl panel out of the lightweight material. The various, individual pieces would be braided together for improved rigidity.

Braiding carbon fiber allows automakers to merge multiple pieces of the lightweight material into a single component. For example, Porsche uses the technique to create the wheels for the 911 Turbo S Exclusive Series, and the firm reports that the result is a denser product that comes from a manufacturing process that produces less waste.

Incorporating CFRP is an increasingly common way for reducing a vehicle's weight. For example, the new Audi A8 uses the material for the structure between the rear seats and trunk. Audi Sport's performance parts for the TT RS and R8 also use the lightweight stuff for slicing off some pounds.