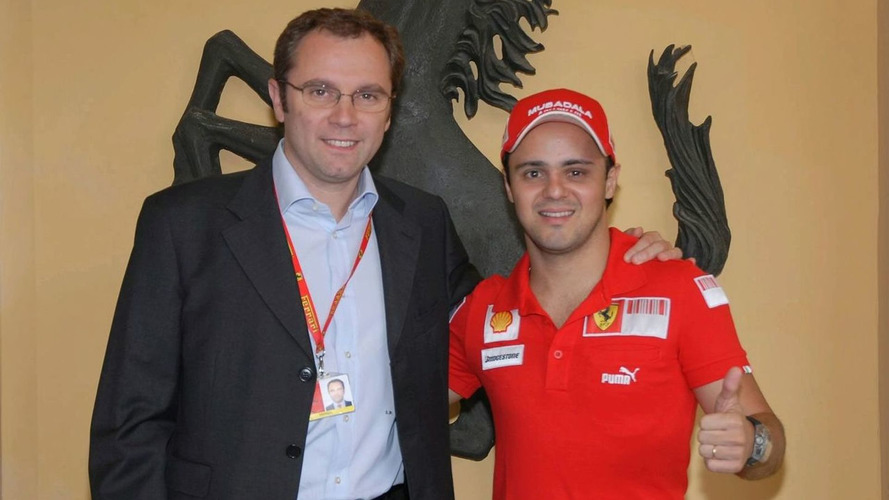 Two months after his horrible accident, Felipe Massa has returned to Maranello, Italy.

Two months after his horrible accident, Felipe Massa has returned to his "second family" in Maranello, Italy.

While the event was mostly a photo-op, Felipe took some time to chat with Ferrari CEO Amedeo Felisa and tour the 458 Italia production facilities. In the coming days, Massa will "...work with the simulator, have technical meetings with the engineers, and do lots of physical exercise."

As for when Massa will return to racing, it doesn't appear to be anytime soon. According to team manager Stefano Domenicali, "Felipe has to get back on top: he has a demanding period ahead of him with constant activities, but he knows that we're not in a hurry."