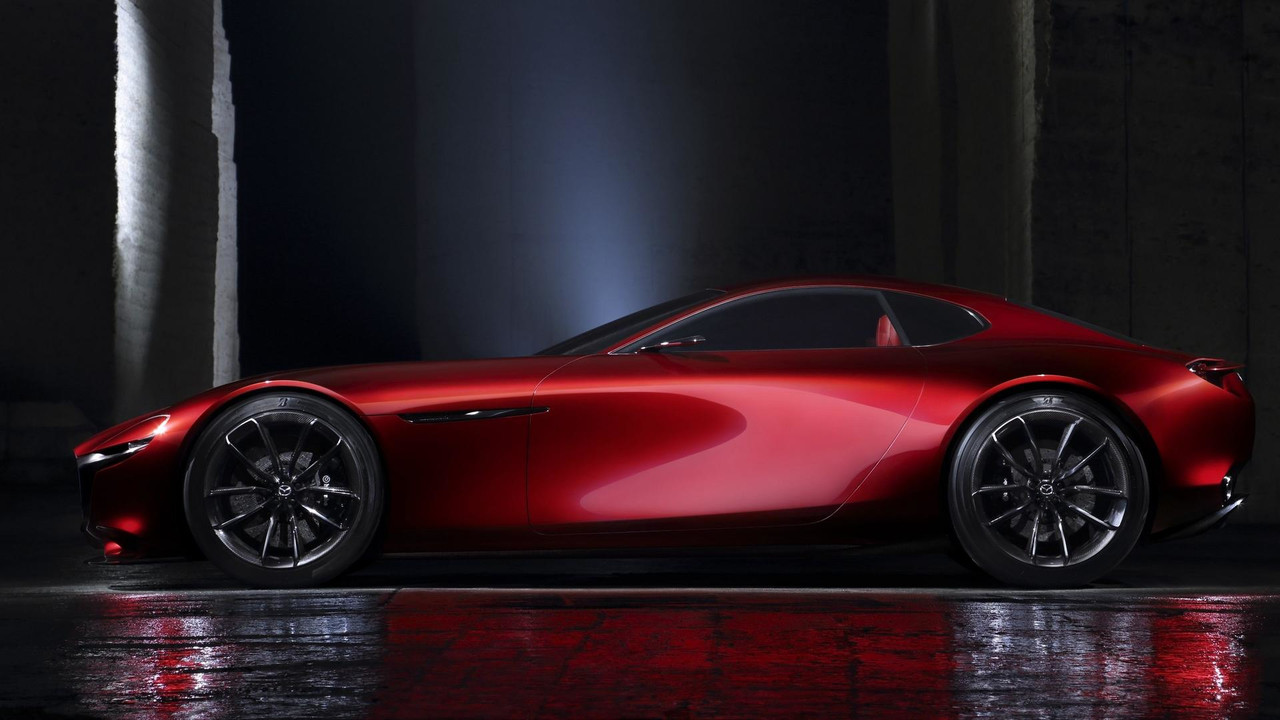 It will be an evolution of the gorgeous RX Vision to demonstrate the rotary engine is not dead.

For a trip down memory lane, the RX-8 Spirit R special edition launched exclusively in Japan back in late 2011 marked the end of the road for the rotary engine. Mazda hinted at a possible resurrection of the RX with the lovely RX-Vision concept pictured here and unveiled in 2015. Earlier this year, the company celebrated half a century of rotary power, saying “the story’s not over yet.” So it seems as a new showcar is being prepared for the Tokyo Motor Show scheduled to open its doors for the press on October 25.

The return of the rotary engine:

Billed as being an evolution of the RX Vision, the new concept could be closer to production taking into account a Mazda representative has announced it will represent an “intention from the engineering and design community to make it a reality,” adding “what I will say is that we are making the utmost efforts to try and make this a possibility.” These words come from Matsuhiro Tanaka, Mazda’s Vice President for R&D in Europe, so this is more than just gossip.

Rather than teaming up with another automaker like it did with Fiat for the MX-5 / 124 Spider, Mazda is riding solo on this project, with Tanaka saying the company isn’t interested in forging an all alliance with a different company to drive down development and production costs.

All the signs are leading towards a 2020 launch of a rotary-powered production car to celebrate Mazda’s centenary. It was only a couple of weeks ago when a managing executive of the firm’s technical center admitted the development of the rotary engine hasn’t been dropped, but there are some issues that need to be ironed out first. Meeting the current engine emissions is difficult, while flame propagation is another obstacle the engineers need to tackle, with laser ignition or plasma ignition being considered, though the former could prove to be too expensive.

Maybe we will learn more about the revival of the rotary engine at the Tokyo Motor Show. Some actual technical specifications would be good considering all that we know right now about the original RX-Vision is that it’s powered by a Skyactiv-R rotary engine.