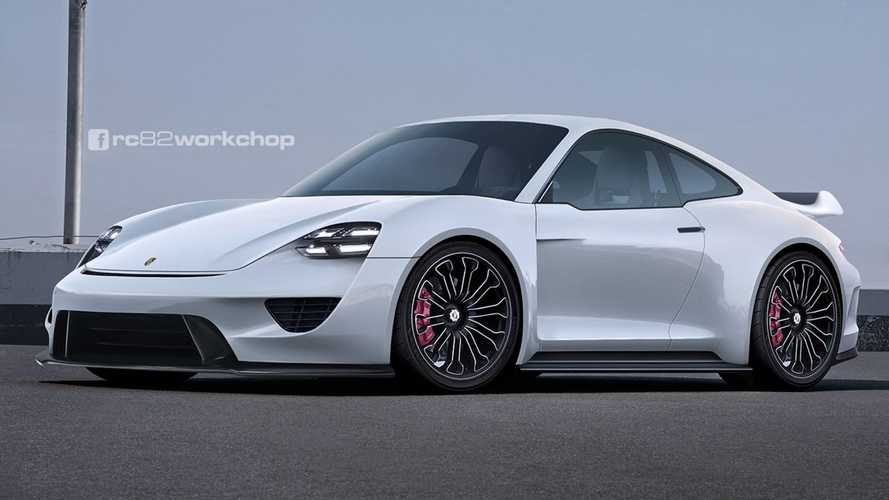 The company thinks solid-state batteries would have the necessary performance specs.

While Porsche is preparing to electrify its lineup by launching a production version of the Mission E concept, the firm isn’t ready to for a 911 EV – at least not quite yet. The automaker believes that lightweight, solid-state batteries could be the answer for creating a 911 EV (speculative rendering above), though.

Solid-state batteries get their name from the use of a solid electrolyte rather than a liquid. The technology allows for higher energy densities and comes with the extra advantage of being safer thanks to better thermal stability.

Porsche doesn’t think that current lithium-ion batteries are the right fit currently for models like the 911 and 718 Boxster. “Fully electrified sports cars would work very well for longitudinal acceleration,” Steiner told Autocar. “But the weight disadvantage is in the handling.”

The production version of the Mission E concept will be Porsche’s first dedicated EV for customers. It will reportedly start at around the same price as a base Panamera, and the company will offer multiple outputs for buyers desiring more power.

Porsche has been toying with how to create an electric sports car for a while. For example, a company exec admitted last year to the firm experimenting with using the Mission E’s technology in the 718 Boxster. In 2011, the automaker even showed the Boxster E concept (above) that used a pair of electric motors with a total output of 241 horsepower (180 kilowatts) and a 29 kilowatt-hour lithium-iron-phosphate battery.

A few folks have decided not to wait for Porsche to build an electric 911 by coming up with their own version. A recent example combined parts from a Tesla Roadster and a 1979 911 SC Targa for an EV with a  200-mile (322-kilometer) range. Years ago, famous Porsche tuner Ruf presented the Greenster (above) with 362 hp (270 kW) and 701 pound-feet (950 Newton-meters) of torque.