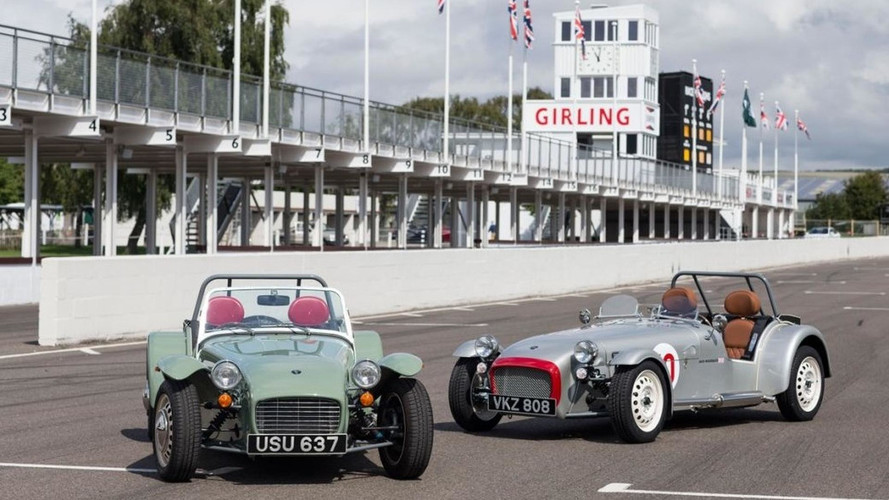 Just seven hours after the car was put up for sale, Caterham reportedly sold out of all 60 examples. Priced at a reasonable £29,995 ($40,710), just 30 cars were allocated for sale in the U.K., while another 30 were destined for Europe. The new SuperSprint model is the quickest selling model in the marque's history, besting the previous Seven Sprint, which sold out in just seven days following last year’s Goodwood Revival.

"After last year’s incredible sales result with the Sprint, we were hoping for similar success with the SuperSprint," said David Ridley, Caterham’s Chief Commercial Officer. "Having said that, to sell out within seven hours is something we’ve never seen before and it has set a new sales precedent for Caterham."

The immediate success of the SuperSprint, Ridley suggests, could lead to a new sales record for the small automaker in 2017. The 60 SuperSprint models alone account for around 10 percent of marque’s total sales. The company sold just over 600 examples of the Seven in 2016, but hopes to boost that number significantly in the next few years.

The Seven Supersprint comes equipped with a 95-horsepower (70-kilowatt) three-cylinder engine, which comes paired to a five-speed manual gearbox, a limited-slip differential, and rear-wheel drive. In the cabin, a wooden-rimmed steering wheel, quilted seats, and a '60s-inspired battery master cut off switch can be found, among other retro features. No wonder it's so desirable.

Caterham was in high spirits at the Goodwood Revival last week, as all 60 of its new, retro racer Seven SuperSprints sold out within an incredible seven hours.

The SuperSprint, the second retro Seven unveiled in the last 12 months to mark the Seven’s 60th anniversary year, can now lay claim to be the fastest-selling model in Caterham’s history.

Priced at £29,995 for the 30 cars for the UK, the remaining 30 are destined for Europe. The latest incarnation of the Seven has trumped the Sprint, which sold out in the space of seven days after being launched at Goodwood Revival last year.

David Ridley, Caterham’s Chief Commercial Officer, said: “After last year’s incredible sales result with the Sprint, we were hoping for similar success with the SuperSprint. Having said that, to sell out within seven hours is something we’ve never seen before and it has set a new sales precedent for Caterham. Considering that last year we took orders for over 600 Sevens, the SuperSprint’s success is likely to account for around 10% of our annual sales in 2017 and we are on track to beat last year’s sales record.

“There is quite clearly an appetite for retro styled cars and we’ve tapped into that trend with the Sprint and SuperSprint.

“Having sold all 60, Goodwood’s wet weather far from dampened the mood on the Caterham stand.”

The 60th car was sold by Caterham at 1.30pm on Friday September 8 but Caterham is taking deposits on a waiting list in the unlikely event of a cancellation.

Offering the ultimate in gentleman racer style, alongside the hearty power of its 95bhp Caterham Works Racing-tuned, three cylinder engine, the Seven SuperSprint is as at home on the road as it is on the circuit.

The Seven SuperSprint is available in six paint schemes, all featuring their own signature colour and named after classic race circuits including Aintree (green with orange noseband), Hockenheim (silver with red noseband) and Imola (red with white noseband).

With 1960’s race style front of mind, Caterham has also created a single-seater option, which comes complete with a tonneau cover for the more serious pilot looking to strip out as much weight as possible.