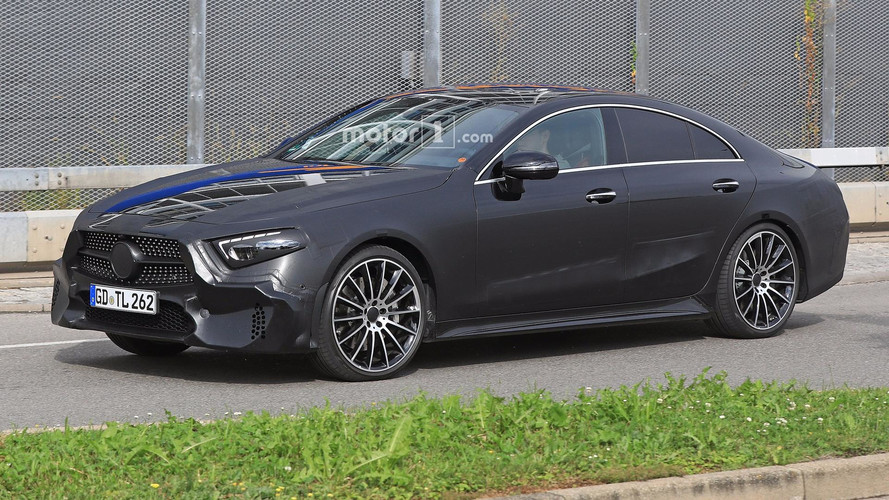 The third generation of the CLS was a no-show in Frankfurt, but there’s a perfectly good explanation for that. Mercedes has decided to host the world premiere of its stylish sedan towards the end of November during the Los Angeles Auto Show where it will bring together a hot CLS 53. This new hybrid version will pair a six-cylinder gasoline engine working with an electric motor.

Interestingly, a V8 engine will not be available for the next CLS as the range will top out with the hybridized 3.0-liter inline-six biturbo pushing out 496 horsepower (370 kilowatts). This effectively means the CLS 63 will be retired to make way for the four-door AMG GT.

The CLS will once again be based on the same platform as the E-Class and it will soldier on with a five-seat layout. Don’t get your hopes up too high for the more practical Shooting Brake version as it won’t come back. Why? The lack of demand has killed the wagon and its swoopy roofline, so the Porsche Panamera Sport Turismo won’t actually have a direct competitor.

The aforementioned four-door AMG GT will celebrate its public debut in production guise at the Detroit Auto Show in January 2018 before entering production by the middle of the year. More expensive than the CLS, the yet unnamed model will be offered strictly with a four-seat layout. Rather than being based on the two-door AMG GT models, the sports sedan is going to ride on the platform as the E-Class (specifically the E63) and its fancier CLS brother. AMG’s boss, Tobias Moers, motivated the decision by saying the GT’s transaxle configuration would’ve translated into a cramped cabin for rear passengers and at the same time it would have made the wheelbase too long.

The first four-door AMG GT version to come out will be badged as a “63” model and will be blessed with the familiar biturbo 4.0-liter V8 engine. The impressive hybrid powertrain of the 805-horsepower concept shown earlier this year is on the agenda, but it will arrive later in the life cycle.

As a final note, Moers said the range of compact models will include new performance derivatives placed below the “45” cars, hinting these could carry the “35” badge.