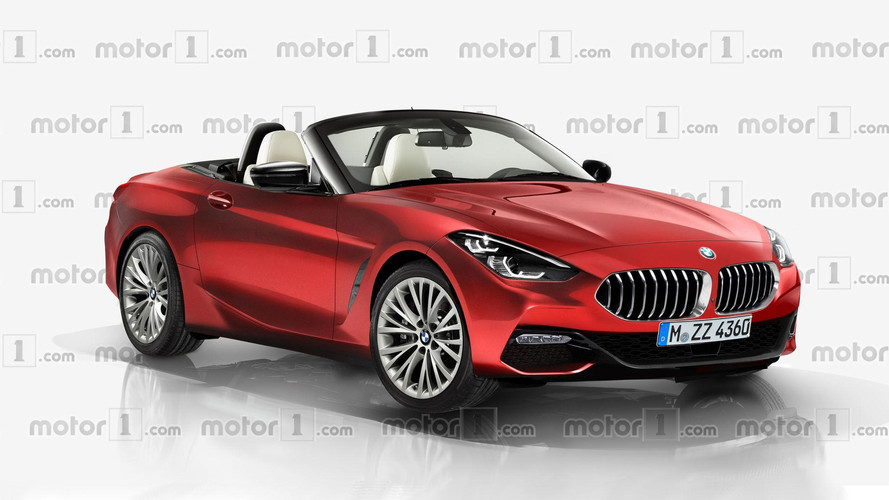 Obviously not as pretty as the showcar, but still quite fetching nevertheless.

The Z4 is on a hiatus until next year when the convertible will be brought back to life as the result of a joint effort between BMW and Toyota, with the latter putting the finishing touches on its own version supposedly bringing back the beloved “Supra” moniker. We already have a pretty good idea of what to expect from the new Z4 as the Bavarians have previewed their new roadster with a namesake concept. Unveiled about a month ago at Pebble Beach and currently shown in Frankfurt for its Euro debut, the conceptual Z4 is a preview of what to expect from the road-going model.

While some concepts on display these days at IAA look like they’re traveling from the future to the year 2017, the Z4 isn’t as flamboyant. There are reasons to believe the production car won’t stray away too far from the concept, especially if we take into consideration the real deal will be out in 2018, so only a year after the showcar. Not only that, but the interior seems to be virtually ready, with all the familiar switchgear available across the BMW lineup.

The attached render coming from OmniAuto.it / Motor1 Italy takes the pretty shape of the concept and dials down the excitement a bit. BMW’s corporate kidney grille is less glitzy now, while the front bumper hosts smaller air vents and a pair of fog lights. We can also observe the long vertical slits applied onto the showcar’s hood have been eliminated and instead the Z4 has gained a pair of creases.

Conventional side mirrors come to replace the tiny cameras of the concept and the doors now have regular handles. The silver buttresses engraved with the “Z4” logo are gone as the production car will make the transition from the speedster-like silhouette of the showcar to a traditional convertible with a fabric roof, thus replacing the old Z4’s hardtop.

We don’t a view of the rear end, but those sleek taillights will likely have to make way for a pair of slightly bigger clusters and there’s a good chance the large built-in spoiler won’t be as prominent as it is on the concept.

Expect to see the final BMW Z4 at a major auto show next year.