Volvo XC40 Scheduled To Debut In One Week 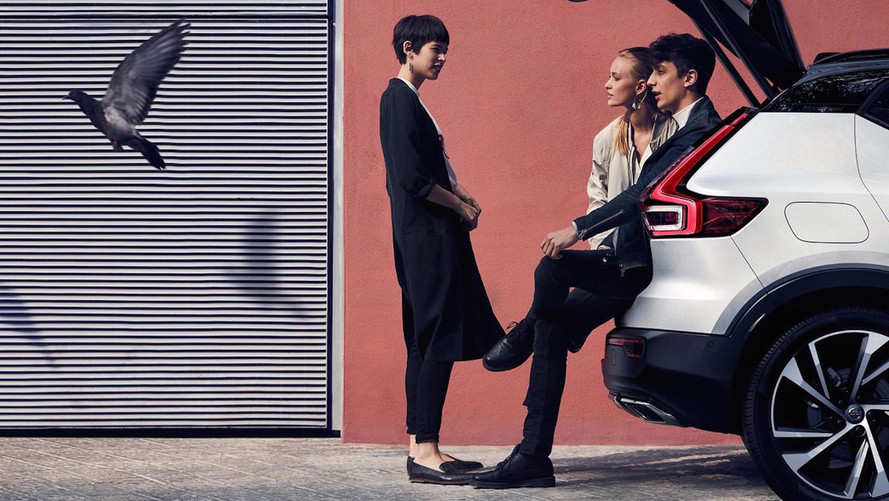 The new crossover will make its debut on September 21st.

Volvo has been teasing its upcoming new XC40 for nearly two months now. In that time we’ve seen nods to safety safety systems, rear-end design, and, um, door pockets, but so far the final product remains a mystery. Now though, a new set of teasers gives us our best look yet at the upcoming new SUV, as well as an official debut date.

The new Volvo XC40 will be revealed in full on September 21st, 2017, exactly one week from today. The final design is expected to share a number of similarities with its larger XC60 and XC90 siblings, albeit in a smaller package.

Everything from a 360-degree camera to a semi-autonomous driving system which Volvo calls "Pilot Assist," will be available at launch. The new XC40 will be the first model to ride on the company’s new CMA platform. That same platform is scheduled to underpin the similarly sized Lynk & Co. 01 crossover, as well as the upcoming S40 sedan and V40 wagon.

Along with a suite a safety systems, we know that the new XC40 will come powered by a range of three- and four-cylinder turbocharged engine options, as well as an available plug-in hybrid option at the top of the lineup. No word on how much power those engine options might produce, or available range.

Volvo says it expects to sell 100,000 examples of the XC40 in its first year of production. Considering the brand delivered a total of 534,332 vehicles worldwide in 2016, that would be quite the feat for such a small SUV. Stay tuned to the Volvo Facebook page as the marque will livestream the XC40’s debut on September 21st in the video embedded below.