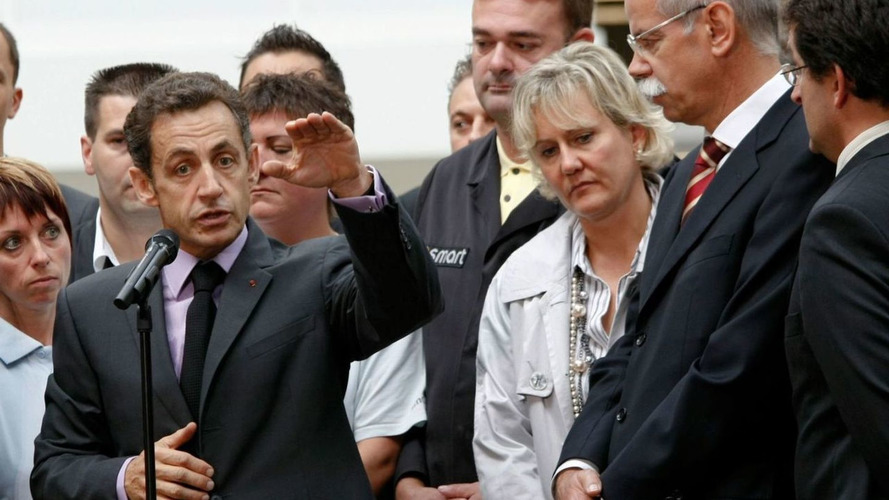 The Smart fortwo electric will be mass-produced at a facility in France. Production is slated to begin in 2012.

Daimler-owned diminutive car manufacturer Smart announced that they will begin full-scale production of an electric car in 2012.  They will manufacture the Smart fortwo electric at Daimler's assembly facility in the northeastern French town of Hambach.

The parent company plans to make a multi-million euro investment in the plant to accommodate the new vehicle's production.  French President Nicolas Sarkozy was visiting the plant when the announcement was made.  The Head of State said that the French government will provide financial incentives to support the expansion.  The Lorraine region will also provide assistance.

Daimler chair Dr. Dieter Zetsche said that early plans of an initial 1,000-unit series production will continue as scheduled.  The first batch of these vehicles will be delivered later this year.  "As of 2012, the smart fortwo electric drive will then be part of the regular product program of the smart brand," Zetsche said.

The Smart fortwo electric will be powered by a 30 kilowatt motor, capable of getting the car up to 50 km/h in about 6.5 seconds.  It will be able to travel about 115 kilometers on a single charge.  The car's lithium-ion battery comes from a deal made with Tesla Motors.