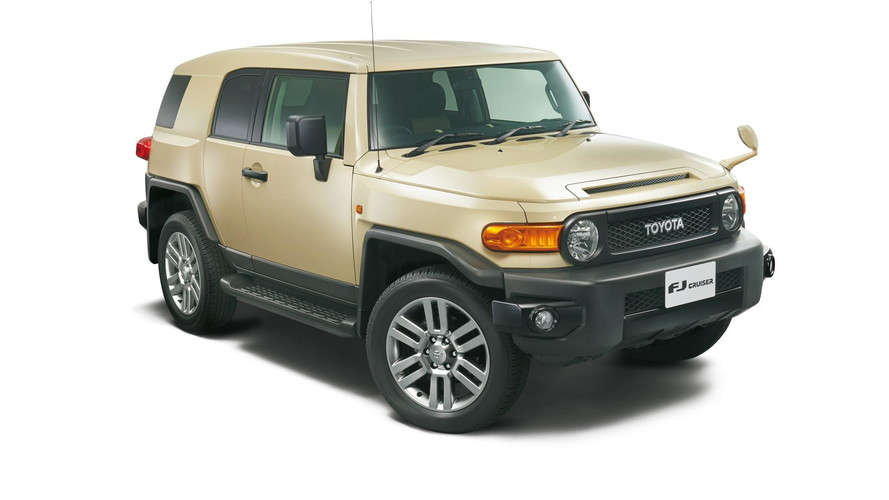 It's the end of the road for the retro-styled SUV as production will be finalized soon.

The reputable off-roader was phased out from the United States in early 2014 with the Trails Teams Edition and now Toyota is about to stop production of the FJ Cruiser altogether, but not before a Final Edition. Available exclusively in Japan, the model’s swan song can be had only with a beige body color that continues on the inside on the seat upholstery as well as on the sides of the center console.

To spice things up, there are black accents inside and out, together with model-exclusive side steps and bespoke 20-inch alloy wheels. Toyota says all of these tweaks have been made to give the FJ Cruiser a “distinctive sense of modernity,” though the retro exterior styling and the 1990s interior don’t exactly live up to that description.

Underneath its vented hood resides a familiar 4.0-liter V6 gasoline engine hooked up to a five-speed automatic transmission delivering power to both front and rear axles. Toyota isn’t saying how many vehicles it will make, but it does mention its target is to sell 200 units on a monthly basis.

The quirky SUV with true off-road capabilities could return someday considering Toyota did introduce earlier this year at the New York Auto Show the FT-4X concept envisioned as a futuristic take on the FJ Cruiser formula. That being said, a Toyota representative admitted last month a direct successor is not on the company’s agenda, at least not for the time being.

If it will ever come back, we’d love to see it with the Final Edition’s fender-mounted mirror.

At the ongoing Frankfurt Motor Show, Toyota has on display an updated version of the smaller Land Cruiser (Land Cruiser Prado in some markets), together with another vehicle featuring legitimate off-road chops, the Hilux in the “Invincible 50” specification to mark the pickup truck’s 50th anniversary.