Handsome BMW drop-top looks even better in the metal than in the pictures.

The most recent BMW Z4 quietly drove off into the sunset recently, leaving a sports car-shaped hole in the BMW lineup. A replacement is well on the way, but in the meantime – as a sort of amuse bouche – this striking Z4 concept car has been revealed.

The BMW Z4 Concept previews the new two-seater that is expected to arrive next year, taking on rivals like the Audi TT and Mercedes SLC. This concept first made its debut at the Pebble Beach concours d’elegance earlier in the year. 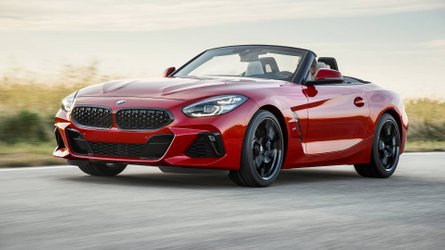 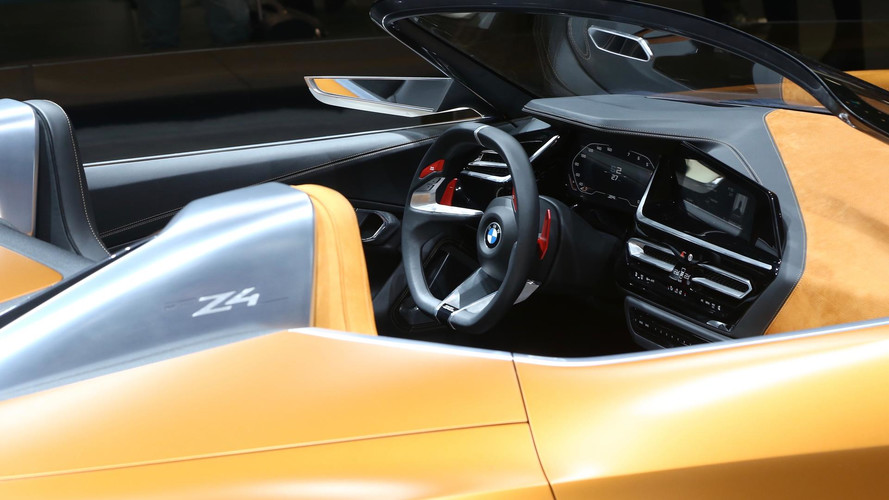 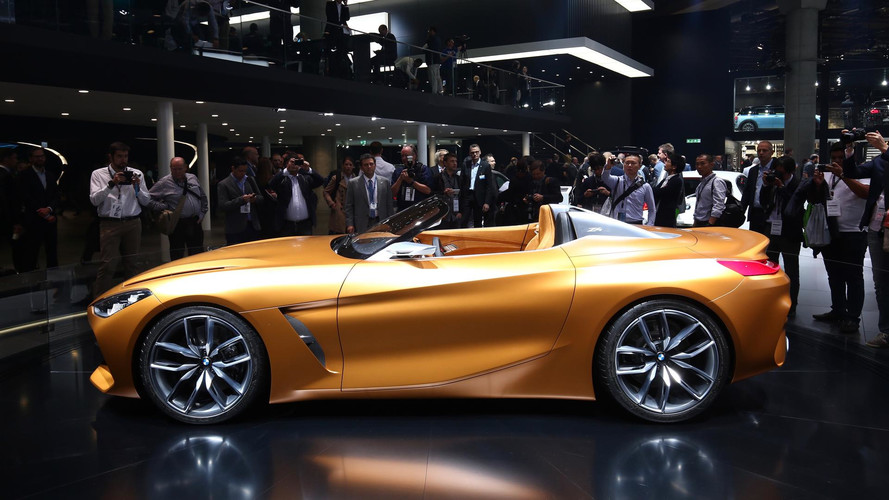 A sleek silhouette wears raked creases that carry your eyes from nose to tail, and a wide set of kidney grills hark back to the classic BMW 507 while bonnet slashes add a dose of aggression. The pair of aluminium sails that trail the headrests are intended to create a sense of motion even when the car is stationary. It’s a handsome thing to look at.

The interior doesn't look too far away from being production-ready as it features all of the familiar BMW switchgear. A wide touchscreen features the latest generation of BMW iDrive and the high center console holds the cars controls. Take away the starship-inspired steering wheel and two-tone interior and it looks ready to hit the showroom. 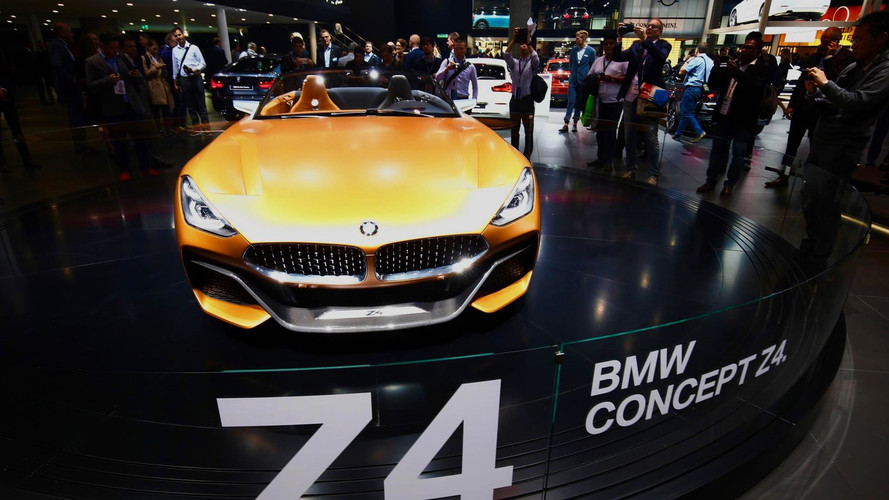 A fabric roof will replace the folding metal roof of the outgoing Z4 model in order to help keep weight down – something that appears to be a priority considering the extensive use of carbon fiber for this concept's bodywork. BMW’s latest Z4 will launch with the usual range of gasoline engines, but an all-wheel-drive hybrid model is also under development.

Thanks to a development deal between Toyota and BMW, the latest Z4 will have a stepbrother from Tokyo – Toyota is planning to revive the Supra name for its version of the car, and the two companies appear to have thrashed out a deal where BMW gets the convertible and Toyota the coupe.

We'll find out soon: we expect to see the next-generation BMW Z4 in final production form at the Geneva Motor Show in March 2018.