Hurricane Irma Turned A Florida State Road Into A Beach 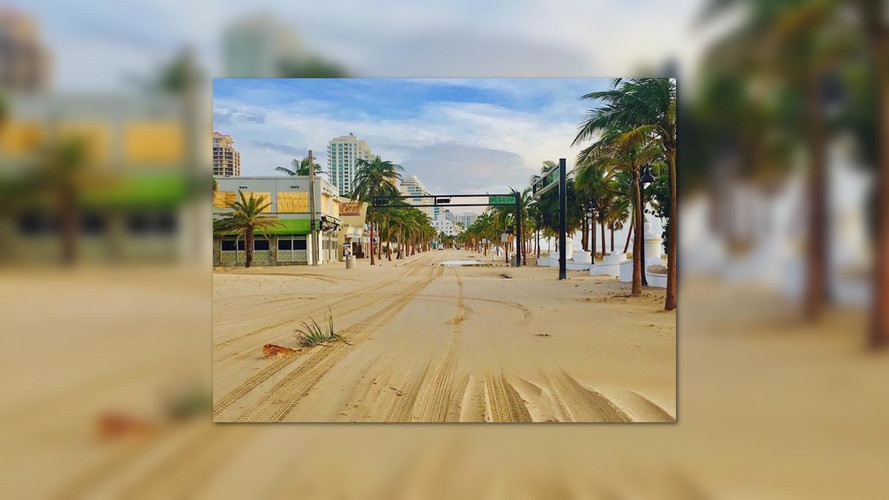 A1A in Fort Lauderdale was covered in nearly a foot of sand.

Hurricane Irma caused millions of dollars worth of damage when it made landfall this past weekend in southwest Florida. Areas of Naples, Miami, and the Florida Keys sustained serious damage, leaving more than four million people without power throughout the state. The storm even caused one Florida road to nearly disappear entirely.

State Road A1A, which runs along the Atlantic Ocean from Fernandina Beach south to Key West, looked like a beach after a large section near Fort Lauderdale was covered in sand. According to CBS Miami, nearly a foot of sand covered the road, caused by wind gusts of more than 100 miles per hour when the storm moved through the area on Saturday and Sunday.

This before and after image gives a detailed look at how much sand was actually moved onto the road:

Local area residents and restaurant owners were quick to get to work on attempting to remove the sand with brooms and shovels, while the city called upon a number of bulldozers to aid in the removal process. The city estimates that the road may be closed for days as they continue to remove the sand.

"The city crews are working diligently and 24 hours a day to get the beach back to normal," said Fort Lauderdale Police Chief Rick Marline in an interview with CBS Miami said. "Until then, we are limiting the access the beach." Fort Lauderdale beach is scheduled to be opened today, pending crews are able to remove the sand and restore the street lights.

Hurricane Irma is already the second major storm to hit the U.S. in just a few weeks, with Harvey leaving large areas of Houston flooded, and more than a million cars totaled with water damage. Automakers have already rolled out disaster relief discounts for Harvey, some as rich as $750 off new cars. According to CarsDirect, companies like Ford and Hyundai will offer similar deals to those affected by Irma in Florida.