Project One Versus The Mercedes-Benz Supercar All-Stars 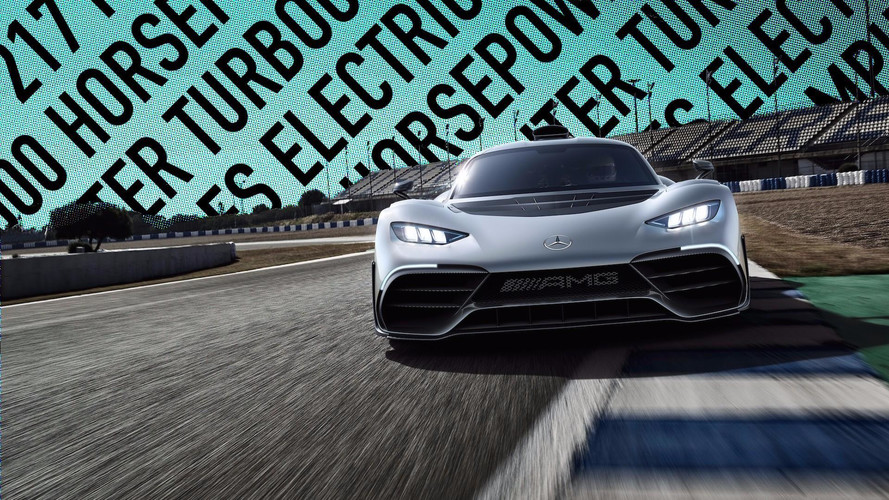 The old guard holds up surprisingly well against the hyped new hypercar.

The Mercedes-AMG Project One has made a big splash at the 2017 Frankfurt Motor Show. The hypercar is throwing up some massive numbers – over 1,000 horsepower from a turbocharged 1.6-liter F1-derived V6. Granted, it does have three electric motors providing additional power. It looks like it’s ready to go wheel-to-wheel with the upcoming Aston Martin Valkyrie.

However, this isn’t Mercedes’ first foray into supercar territory. The German automaker has a track record of producing some high-horsepower, limited-production supercars. We went back as far as the CLK GTR from the late 1990s to see how far Mercedes has come. Now, we couldn’t fit every variation of these supercars on the list. While the SLS AMG seems anemic in performance compared to the Project One, the SLS AMG Black Series did produce 622 hp and 468 lb-ft of torque before production of the car ended.

It’s interesting to look at the chart and make comparisons. The CLK GTR cost over $1M when it was introduced and hit 60 mph in 3.7 seconds. Over a decade later, the SLS AMG puts down similar performance for a fraction of the cost. Thank you, engineering and technology.

What the Project One shows is how technology, over time, can lead to an insane level of horsepower and performance. Soon that technology could trickle down to the C-Class AMG. No, it won’t make 1,000 hp, but there could be some light electrification added for some additional performance. Out of the list above, which Mercedes-AMG supercar would you buy?

Gallery: Project One Versus The Mercedes-Benz Supercar All-Stars