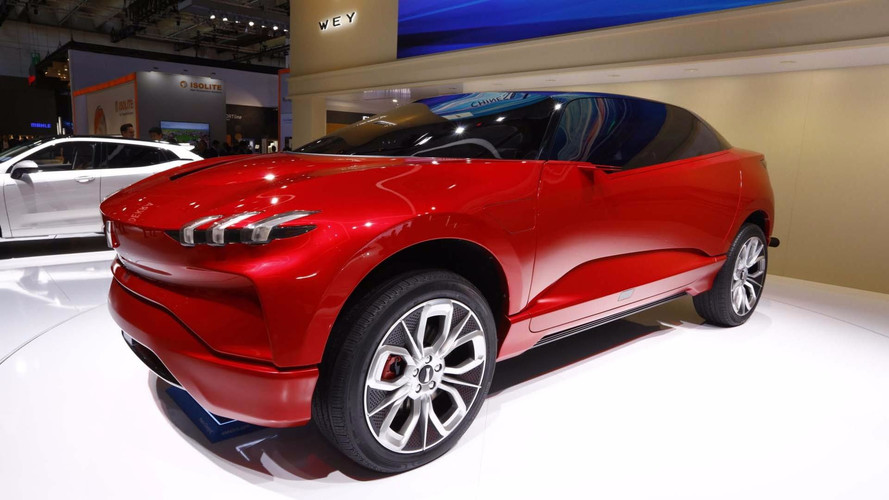 This marks the first European appearance for Wey since it was created as Great Wall's luxury division last year.

European automakers aren’t the only ones looking to make a splash at the Frankfurt Motor Show. Great Wall Motor Co. is China’s leading manufacturer of sport-utility vehicles, and it’s aiming to turn some heads outside the red-hot Chinese market with a curious concept SUV called the Wey XEV. Wey is the luxury division of Great Wall that launched last November, and while this edgy concept certainly has a style of its own, we do see some resemblance to the Tesla Model X.

Mind you, it’s not a carbon copy. The XEV concept has considerably more bulk both front and rear, with a janky beltline and seriously squared-off edges out back. Its massive gullwing doors offer ingress and egress for both front and rear passengers, while the Model X utilizes its vertical doors solely for rear occupants. Combine those doors with some vague similarities in the front clip, however, and one can see shades of Tesla in the XEV’s design.

The XEV is all-electric according to a report from Drive, but that’s all the information we have on this concept. Wey is very much a freshman manufacturer in the automotive ranks with only a single model currently offered in the Chinese market, and it would seem its parent company Great Wall isn’t keen at this point to send the premium brand to other locations.

That could certainly change depending on the attention and feedback Wey gains from Frankfurt. Though we don’t have details on the XEV Concept, it’s certainly an interesting design that we wouldn’t mind seeing more of in the future.