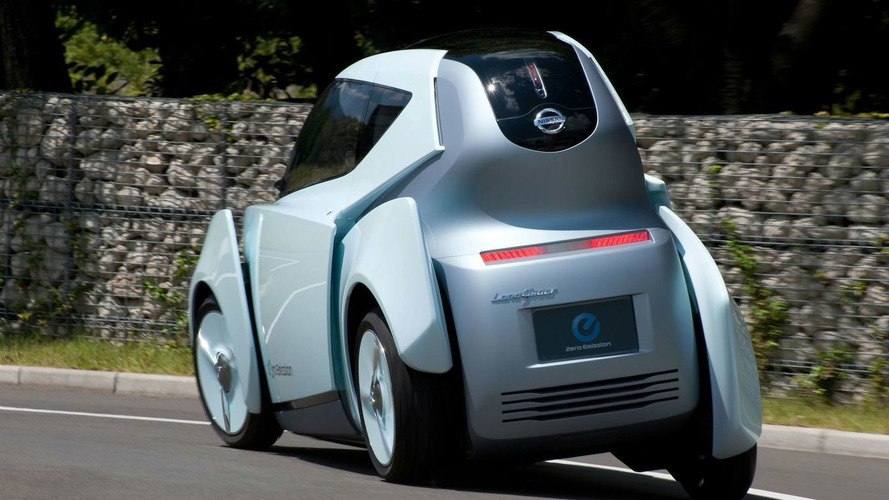 Riding on a motorcycle-inspired Tandem architecture, the Land Glider and its tires can lean up to 17 degrees in turns.

Envisioned as an ultra-efficient urban transport vehicle, the concept was designed to resemble the canopy of the glider. Inside, the traditional steering wheel is replaced with something that looks more at home in a modern jet aircraft. Other goodies include two information displays, a rear passenger seat, and premium leather upholstery.

Riding on a motorcycle-inspired Tandem architecture, the Land Glider and its tires can lean up to 17 degrees in turns. To do this, the concept features an advanced ride control system that uses sensors for "vehicle speed, steering angle and yaw rate to instantly calculate the level of lean required to negotiate a corner." Thanks to the system, drivers can "...turn sharply at nearly any speed."

Power comes from two electric motors that are connected to lithium-ion batteries mounted underneath the floor. More importantly, the Land Glider features a non-contact charging system that enables it to be recharged at any wireless charging station.

While production isn't planned, Nissan stated the Land Glider "gives a clear direction to how a future small car from Nissan could look."