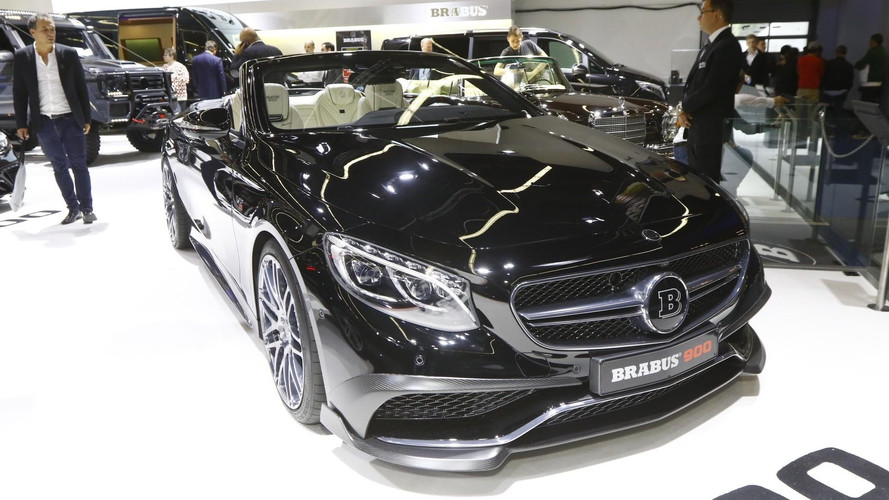 It's the world's fastest, most powerful four-seat convertible.

Alongside a 700-horsepower (515-kilowatt) E63 sedan, Brabus introduced an equally stunning, even more powerful new S65 Cabriolet at the Frankfurt Motor Show. The aptly named S65 Rocket 900 is said to be the world’s fastest, most powerful four-seat convertible – and it comes with the performance credentials to back it up.

All that power is routed through a seven-speed automatic transmission that Brabus has modified slightly to handle the added oomph. A custom limited-slip differential, a completely new intake manifold, bigger down pipes, and a high-performance exhaust (with active flaps) has been added to the package.

Along with all the over-the-top performance upgrades, Brabus has made sure to include an equally extravagant interior to go along with it. A new digital speedometer, aluminum accents, LED ambient lighting, and illuminated Brabus logos can be seen throughout he cabin. The vehicle on display in Frankfurt comes with a two-tone Mondial Vanilla and Mondial Black leather, with a jet black exterior finish.