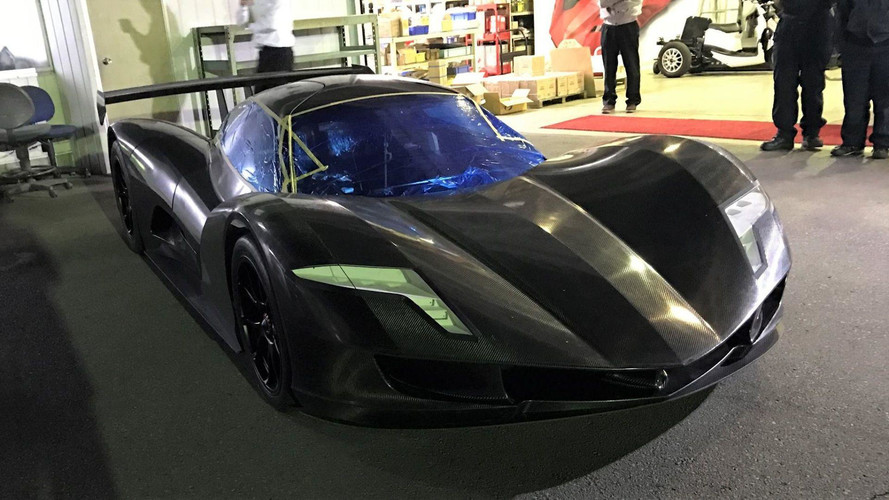 There aren't many details about how this bird allegedly flies so quickly.

Aspark continues to keep details slim about its Owl electric hypercar, but new photos directly from the company's stand at the Frankfurt Motor Show provide a better look at the Japanese model.

The Owl is quite an aggressive looking machine.  In front, the model has a V-shaped appearance with high fenders that dip downward into the creased hood. L-shaped headlights are the major styling element at the nose. In profile, the vehicle shows rounded lines, particularly around the fenders. A huge wing rises from the rear, and there are skinny, low-set LED taillights.

Check out the Owl:

Aspark doesn’t yet provide a good look at the Owl’s cabin, but the example on display in features a pair of egg-shell-colored leather seats. Seeing out of the louvered rear window might be rather difficult, though. Earlier photos from the company show the vehicle’s bare space frame chassis, but it doesn’t look like there would be much room for cargo in this hypercar. To keep weight down, the Owl would use carbon fiber for all of the body panels and ride on magnesium wheels.

The Owl would allegedly use an electric powertrain that would get the vehicle to 62 miles per hour (100 kilometers per hour) in less than two seconds. However, Aspark hasn’t released other drivetrain details like the battery capacity or even the amount of horsepower that the vehicle produces.

There’s no guarantee that boutique hypercars like the Owl ever actually hit the road, particularly from a company like Aspark that doesn’t have an extensive history in the auto industry. The vehicle certainly looks cool, though. Until Aspark releases more extensive details about the hypercar, we have to take the project’s chances of arriving on sale with some large grains of salt.