Refreshed Ford EcoSport Is New But Old In Frankfurt 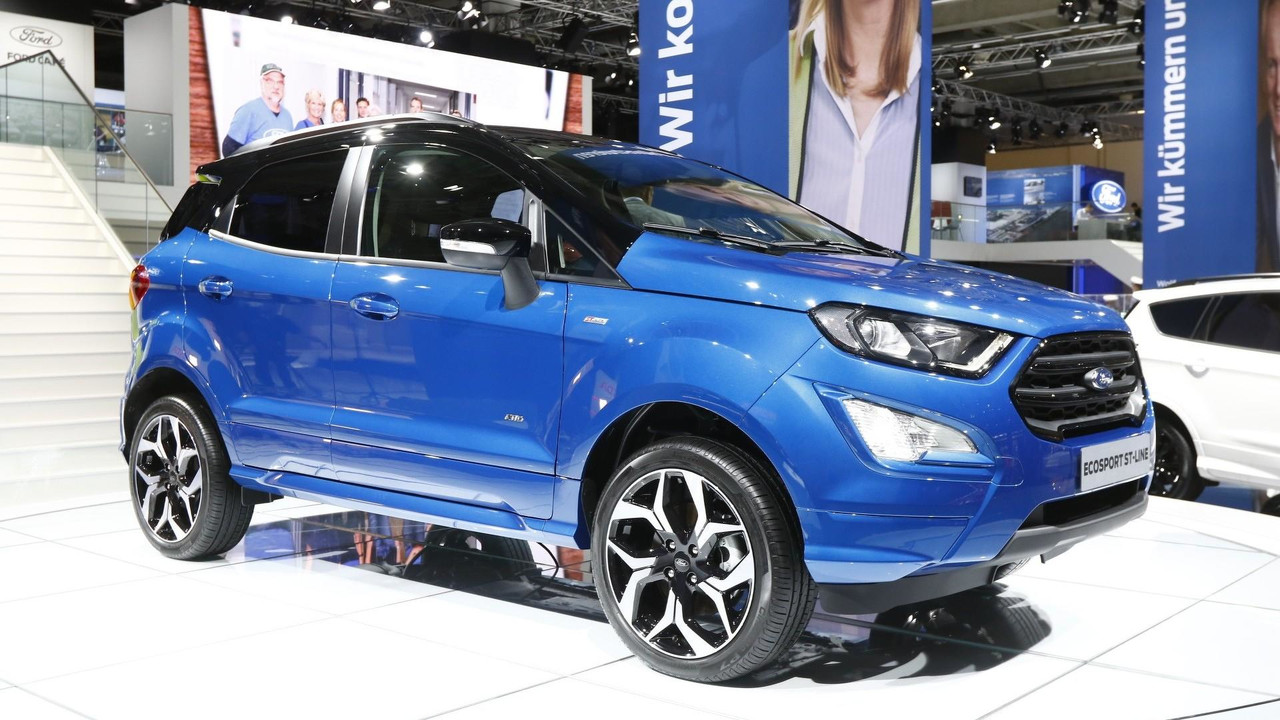 With more than 150,000 sales in about three years, the Ford EcoSport is definitely a successful model for the company on the European market. It’s not all roses, however, as the crossover was lacking some of the technologies its rivals offered and it built quality was relatively low for the standards on the Old continent. Until now.

Ford has decided to give its smallest crossover a comprehensive update to keep it fresh for at least two more years before the next generation of the model arrives. Making its public debut in Frankfurt, the refreshed Euro-spec EcoSport comes with a new 1.5-liter diesel engine, sporty ST-Line trim level, and a completely redesigned interior.

The compact diesel engine is joining the EcoSport’s range with a peak power of 125 horsepower (93 kilowatts). Also very important here is the introduction of a newly-developed six-speed automatic transmission for this unit, as well as an intelligent all-wheel drive system. In addition, an entry-level 100-hp (75-kW) version of Ford’s 1.0-liter EcoBoost turbo unit will be available from early next year.

An ST-Line, inspired by Ford’s sports models, will be offered as a range-topping trim level for the first time. Available for both the EcoBoost- and TDCI-powered models, it brings new bumpers and side skirts, black-finish roof rails and headlight bezels, 17-inch Dark Tarnish alloy wheels, ST-Line badging, and extended painted roof and door mirrors as standard.

To address the quality issues, Ford is moving the production of the model from India to Craiova, Romania, where the facelifted EcoSport will replace the aging B-Max van on the assembly lines.