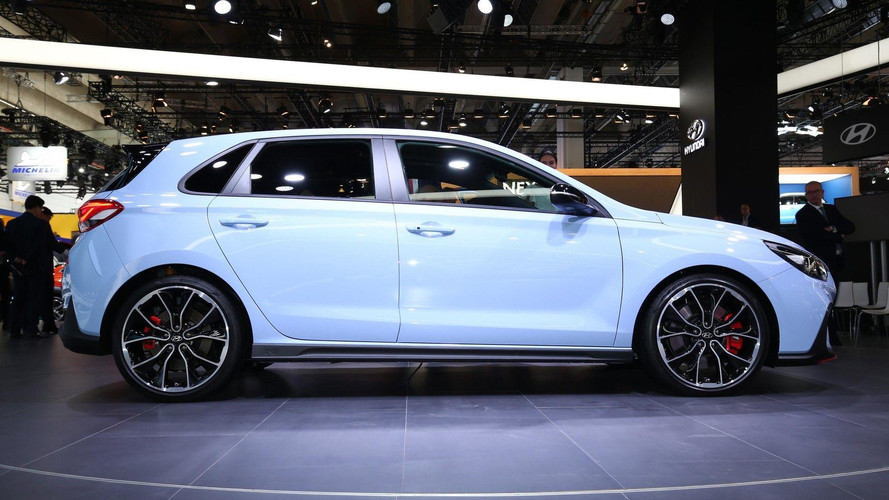 If you live in the United States, we have bad news - you won't be able to buy it.

For its first attempt at a performance hatchback, Hyundai has decided not to go after the class’ kings, like the Ford Focus RS, Volkswagen Golf R, and Renault Megane RS, but to rival the lower segment, where the Focus ST, Golf GTI, and Peugeot 308 GTi are. And that’s probably a good idea – all the aforementioned brands have a much longer and more successful history of creating hot hatches than Hyundai.

The South Korean manufacturer’s hot hatch affair starts in Frankfurt with a 2.0-liter turbo engine, offered in two power stages. The entry-level i30 N variant has 250 horsepower (184 kilowatts), while the Performance Pack boosts that number to 275 hp (202 kW). The standard model needs 6.4 seconds to reach 62 miles per hour (100 kilometers per hour) from a standstill and the more powerful variant shaves 0.2 seconds from that time. Top speed is 155 mph (250 kph) for both cars.

It comes from South Korea, but it has been engineered and tested in Germany – and Hyundai is especially proud of that fact. Test drivers of the company have driven prototypes of the i30 N for more than 6,213 miles (10,000 km) around the famous Nurburgring track – or nearly 500 laps, to adjust and tune the suspension, electronics, and steering system of the hatch.

If we've attracted your attention with the numbers above, here are two facts you need to consider. The vehicle’s First Edition series, limited to only 100 cars, was sold out in less than 48 hours, which means you have basically no chance of buying an example of it. However, sales of the regular i30 N should start before the year’s end, but, if you live in the United States, again, you won’t be able to order it.