VW Amarok Pickup Spied in Most Revealing Shots Yet 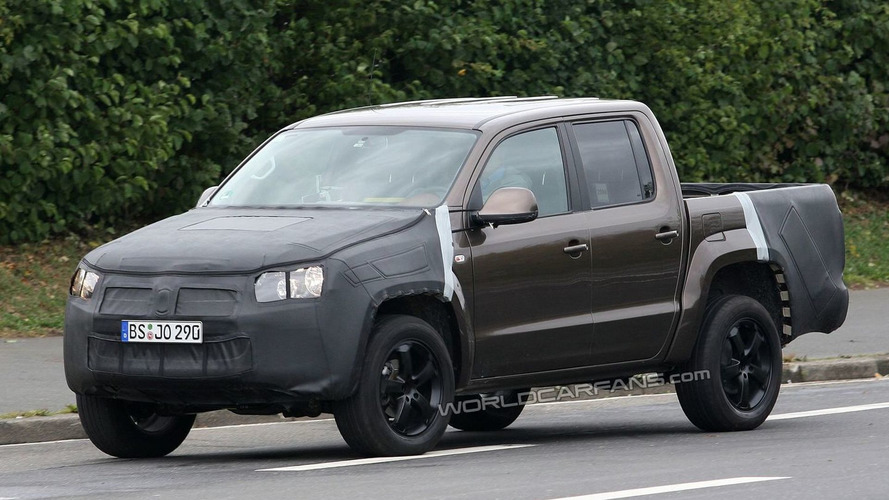 Looking virtually production ready, this particular mule only has minor camouflage on the front and rear fascias.

Looking virtually production ready, this particular prototype only has minor camouflage on the front and rear fascias. As we have previously reported, the Amarok will receive VW's new grille (from the Golf VI / Polo), contemporary styling, and a modern interior.

While details are scarce, the Amarok will be offered in a variety of different configurations. The double cab model (pictured) will be launched first, with a single cab version set to debut shortly thereafter. As with most pickups, consumers will be able to buy an Amarok with two- or four-wheel drive.

Power will come from a new-generation of common-rail diesel engines, which should combine stellar fuel efficiency (for a truck) with modest CO2 emissions.

Built at VW's Pachero plant (near Buenos Aires, Argentina), the Amarok will be launched in Central- and South America in early 2010. Six months later, the truck will be offered to Russian and European consumers. Despite confirmation that Australia and Africa will get the new model, Volkswagen has remained tight-lipped about the possibility of North American sales.

Gallery: VW Amarok Pickup Spied in Most Revealing Shots Yet