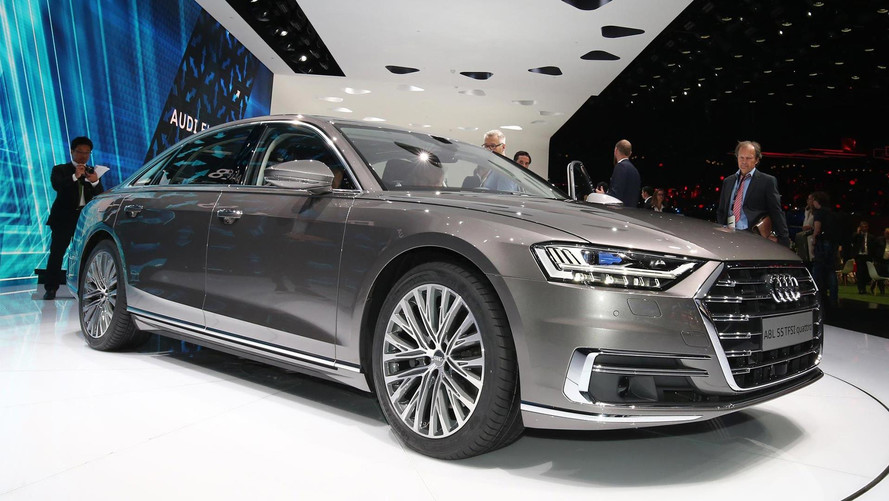 Audi has had this naming scheme in India and China - among other countries - for several years and now the nomenclature is being rolled out across more parts of the world, including Europe. Debuting on the company’s all-new flagship, the model designation is being presented at the Frankfurt Motor Show in the standard-wheelbase A8 50 TDI Quattro and the stretched A8L 55 TFSI Quattro.

To understand the whole picture, here is a breakdown of the new standardized nomenclature set to be rolled out worldwide between now and the summer of 2018:

Getting back to the car itself, the new A8 is Audi’s most technologically advanced production model to date. From the matrix LED headlights (with laser tech) and OLED taillights to foot massaging and 400 different functions for the MMI infotainment, the sedan is a geek’s delight. More OLED trickery can be found inside where there’s a removable touch panel for the rear passengers.

The pièce de résistance in terms of tech would have to be the advanced semi-autonomous driving system capable of handling all the work at speeds of up to 37.3 mph (60 kph). The traffic jam pilot system is smart enough to start the car, accelerate, brake, and steer, without any assistance from the person behind the wheel. If you’re still not impressed, the car is available with a whopping 41 different driver assistance systems, though many of them will cost you extra.