Updates would let it keep up with the latest high-performance two-door models Audi, Mercedes, and BMW.

New spy shots suggest that a refresh or new variant of the Lexus RC F is on the way. These tweaks would be the first major updates for the premium performance coupe since its launch for the 2015 model year. 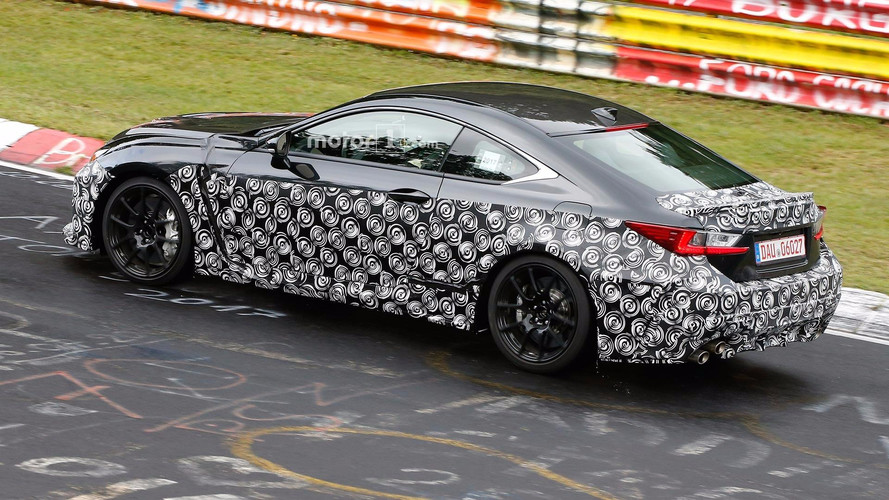 Lexus only bothers camouflaging the lower half of the vehicle. The spindle grille and massive corner intakes still dominate the front end, but Lexus’ designers replace the existing check-mark-shaped LED running lights with housings that are a simple, straight line. There doesn’t appear to be much different about the model’s profile, but the side sills seem a little rounder. At the back, the integrated trunked spoiler looks larger There’s a revised design for the bumper that adds a different diffuser and air outlets behind the wheels.

While these styling tweaks seem fairly minor, there could be something special going on with the engine. Wires for sensors exit from each corner of the hood, and the company also gathers data from the rear wheel well. Collecting this data wouldn’t seem necessary unless Lexus has some powertrain improvements under evaluation.

Where rivals like the BMW M3, Mercedes-AMG C63, and Audi RS5 now use turbocharged engines, Lexus sticks by a classic large displacement naturally aspirated V8 for its RC F entry in the premium performance coupe ranks. The 5.0-liter mill pumps out 467 horsepower (348 kilowatts) and 389 pound-feet of torque through an eight-speed automatic that routes power to the rear wheels. 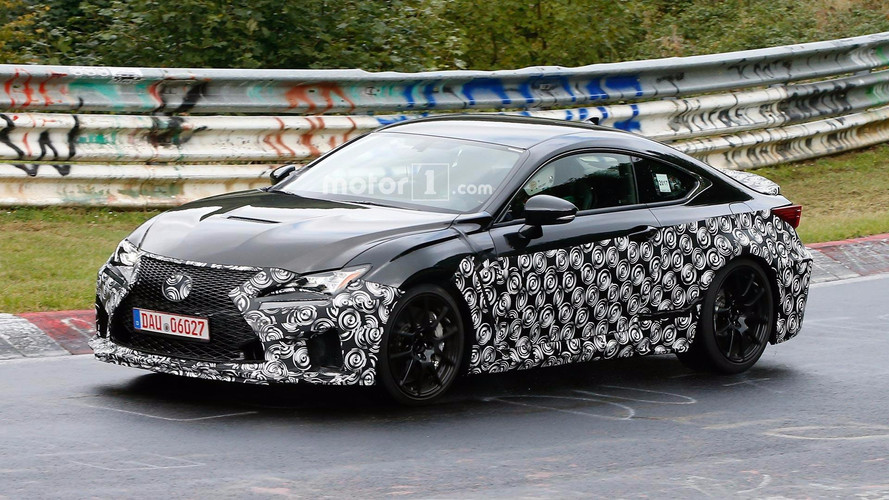