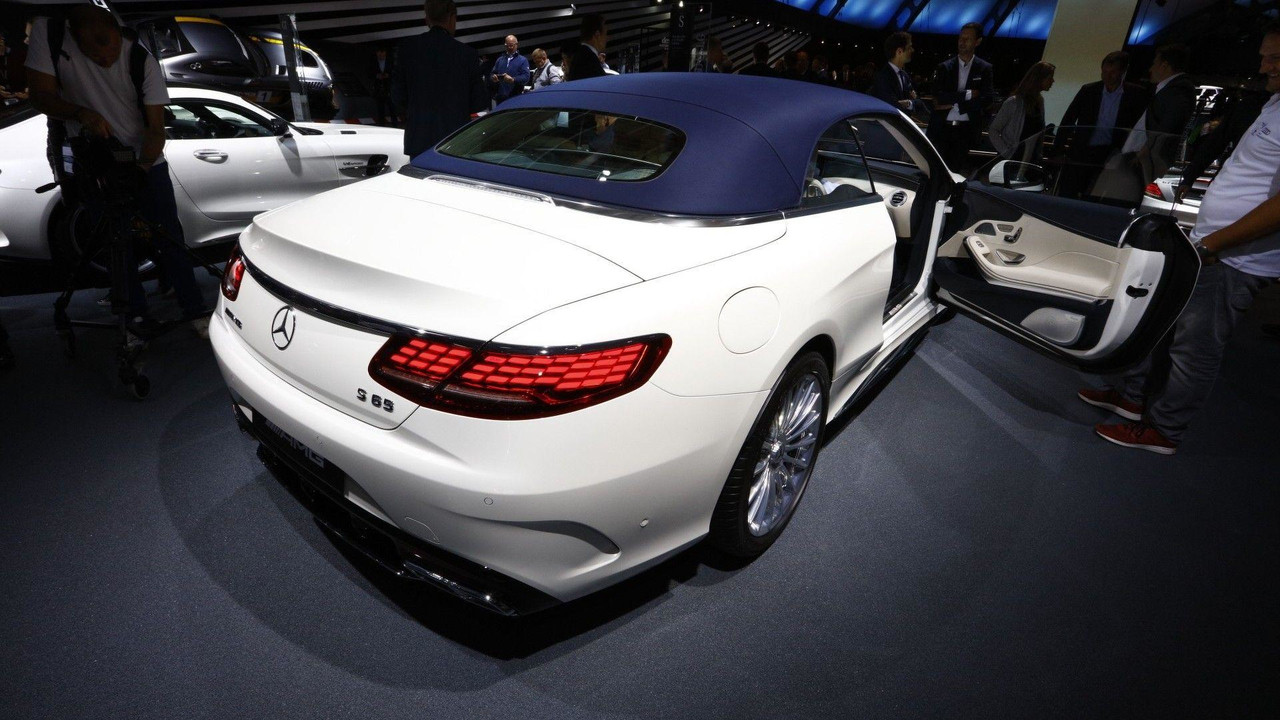 Fancy taillights aside, the hotter S63 and S65 now come with the Panamericana grille.

You could say Mercedes’ stand at the Frankfurt Motor Show is quite packed. While most eyes are on the Project One hypercar and its F1-derived engine, there are numerous other premieres, including these two. “Dream cars” as the dynamic duo is being described; the S-Class Coupe and Cabriolet now feature just about the same updates introduced earlier this year on the Sedan, but with an OLED twist. As standard, the two-door S-Class models are going to feature a total of 66 organic light-emitting diodes at the back.

The OLEDs (33 left + 33 right) would have to be the most significant change at the rear whereas the biggest novelty at the front is represented by the Panamericana grille reserved for the S63 and S65 models. Speaking of which, the former has made the transition from the old biturbo 5.5-liter V8 to a 4.0-liter engine, also a V8 with a pair of turbochargers. It might be down on displacement, but power is actually up by 27 hp (20 kW) to a monstrous 612 hp (450 kW) while torque stands at a respectable 664 lb-ft (900 Nm).

Aside from getting an engine transplant, the S63 also boasts a new AMG Performance 4Matic+ all-wheel drive system with variable torque distribution. It receives the V8 power from a nine-speed automatic transmission making its debut on both the coupe and cabrio. The new hardware helps the S63 cover the sprint to 62 mph (100 kph) in an amazing 3.5 seconds before topping out at 155 mph (250 kph) or 186 mph (300 kph) with the optional Driver’s Package.

The big daddy V12 6.0-liter biturbo in the S65 packs 630 hp (463 kW) and a mountain-moving 737 lb-ft (1,000 Nm). The immense power is delivered to the rear wheels through a seven-speed automatic transmission enabling the coupe to do the quick run in 4.1 seconds onto the same limited top speeds as the S63.

Elsewhere, the S560 has a biturbo V8 with 469 hp (345 kW) and 516 lb-ft (700 Nm). Mercedes mentions it’s one of the most economical V8 engines in the world and benefits from cylinder deactivation by turning off four of the cylinders and save fuel while under partial load. Both rear- and all-wheel-drive models run to 62 mph (100 kph) in 4.6 seconds when fitted with this engine.

All versions have been further modernized by getting Mercedes’ latest and greatest infotainment system, standard wireless charging, upgraded Magic Body Control suspension, and more safety tech than ever before. An S63 Coupe Yellow Night Edition available for six months rounds off the news and comes with a special finish inside and out.