Ferrari Portofino Draws The Crowds With Its Beautiful Metal

Ferrari is attending the 2017 Frankfurt Motor Show with two versions of its rather unexpected California T replacement, the new Portofino. The first one is painted in the new Rosso Portofino inspired by the Italian fishing village from where the car has received its name. As for the other one, it has received a matte Grigio Alluminio Opaco finish as a connection to the lightweight metal predominately used for the convertible’s construction.

Be it red or silver, the Portofino is quite the looker and brings several design changes over its predecessor. When viewed from the front, it appears considerably sharper thanks to the wider headlights more in line with those of the other Ferraris. The modifications that have been made to the side give it a fastback silhouette when the roof is up, while the rear end adopts a few subtle, but effective tweaks.

Inside, the most important change is the implementation of a new 10.2-inch display for the infotainment. On the passenger’s side, there’s now a secondary display like you get in the meaner prancing horses.

Also at IAA, Ferrari is showcasing a GTC4 Lusso painted in Blu America, along with a 812 Superfast finished in a triple-layer gray paint and a 488 GTB featuring a Rosso Formula 1 finish. These are joined by a special 488 Spider exhibited in the Tailor Made area with a livery taking inspiration from the 1954 Ferrari 500 Mondial spider designed by Pininfarina. 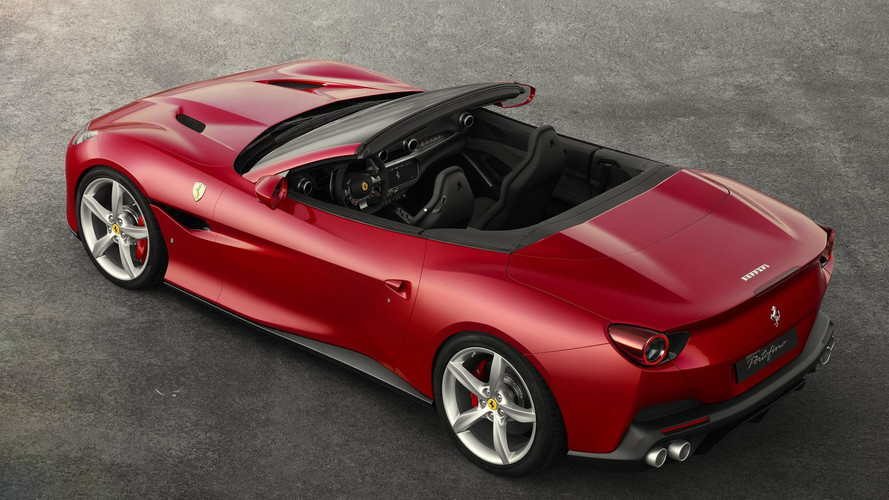