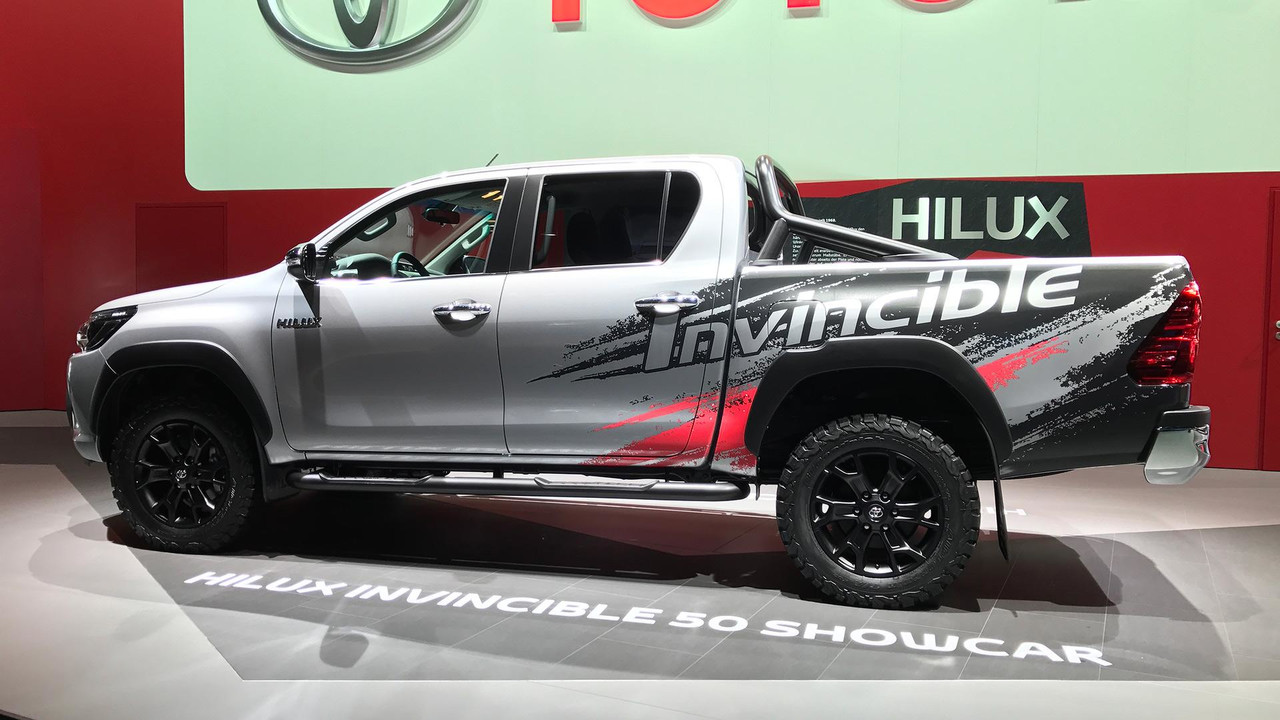 The Toyota Hilux, which first made its debut in 1968, has sold more than 18 million units in over 180 countries and regions. The small pickup is known for its reliability, naturally, and has conquered such terrains as the Antarctic, the Dakar Rally, and even BBC Top Gear. Now though it will take on arguably its toughest challenge yet: center stage at the Frankfurt Motor Show.

Putting that renowned reputation on the line, Toyota has introduced the bold new Hilux "Invincible 50." The special pickup will be on display to the public when doors open to Frankfurt later this week, and celebrates 50 years of sales dominance, reflecting a growing market for dual-usage ownership. It also comes with a number of unique features to boot.

The exterior of the pickup is finished in custom features like matte black high over and side bars, a black font under-run, and black wheel arch moldings with unique 18-inch matt black alloy wheels to match. The wheels comes wrapped in heart All Terrain BF Goodrich tires, and the body is finished here in a bright silver paint.

Along with the visual upgrades on the exterior, the Hilux also gains a new plastic bed liner, a large tool box, and model-specific scuff plates, floor mats, and even a leather hand brake. Continuing its reign of success, Toyota estimates that the new "Invincible 50 special edition will help the Hilux surpass 40,600 units sold in 2017, besting the previous record set in 2007 of 40,104.

No pricing or availability details were specified for this special model, but buyers in Europe can get a standard Hilux for as little as £19,177 (approximately $22,900).