LaFerrari Prototype Sells For $2.25M, But It's Not Street Legal 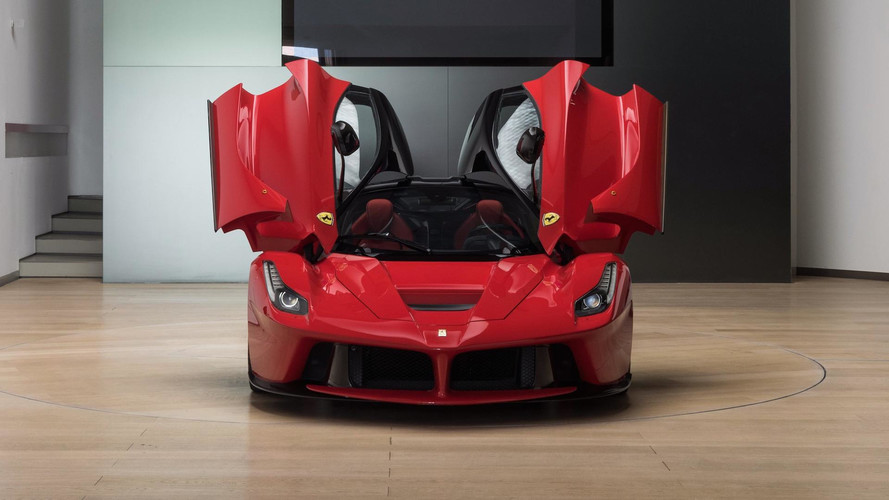 Would you pay that much for a supercar you can't even drive?

It takes a well-connected (and wealthy) enthusiast to take home a multi-million dollar hypercar like the LaFerrari. But it takes a whole new level of enthusiasm entirely to own one that you can’t even drive on the road… at least not legally. At the RM Sotheby’s Leggenda e Passione sale this past weekend, a LaFerrari prototype went home for a whopping €2.1 million ($2.5 million).

The supercar in question – a red, 2012, pre-production example – was one of the first LaFerraris ever built, and was used by the Italian marque during a private preview for the model in 2013. It bears the chassis number 194925, and was unveiled shortly after the private preview at the Geneva Motor Show. It’s the same LaFerrari used in nearly all of the original press photos.

The LaFerrari was offered up for sale for the first time, directly from Ferrari headquarters this past weekend, and the new owner was required to sign a form acknowledging that the car is recommended to stay "stationary and inactive, for static display only." The car was never homologated for road use, but we can blame the new owner if they get caught with it out in public.

At €2.1 million ($2.25 million), the pre-production prototype was a hefty $1 million more expensive than the production LaFerrari was when new (€1.2 million / $1.5 million). The LaFerrari was one of many rare prancing horses that sold this past weekend at the RM Sotheby’s Leggenda e Passione sale in Maranello.

Produced in late 2012 as a pre-production model, this LaFerrari prototype holds a special place in the hierarchy of the revered model and is likely memorable to any enthusiast lucky enough to purchase a LaFerrari new. This was the very first LaFerrari that most laid eyes on, as it was used by Ferrari during the private preview for the model in 2013.

After the LaFerrari’s official unveiling to the public at the 2013 Geneva Motor Show, chassis number 194925 continued to play a significant role in the model’s history. Kept in the factory Atelier throughout 2013, it was made available to every client who travelled to Maranello to configure their new LaFerrari, allowing clients to carefully analyze and consider the specification of their own car alongside a completed car for reference.

Offered for sale for the very first time, this is a remarkable opportunity to purchase an exceptionally interesting and significant LaFerrari directly from the factory.

Please note that this is a prototype vehicle not homologated for road use and therefore cannot be road registered. Ferrari recommends that this car remains stationary and inactive, for static display only. The winning bidder will be required to sign a from with Ferrari acknowledging this.