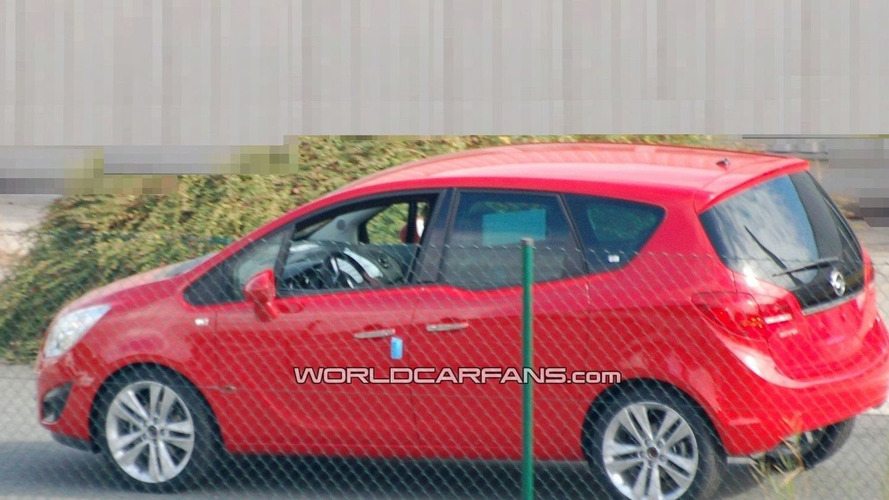 Upcoming compact MPV will come with two 1.4 liter engines, one turbocharged and one not. Opel's turbocharged 1.4 liter unit develops 137 hp. An array of diesel will also be in the mix.

More spy shots of the upcoming Opel Meriva completely undisguised have been captured by photographers.

These photos of the compact MPV are pretty revealing, and give away much of the Meriva's styling and look. Opel has been developing a new design paradigm with models such as the new Astra and the Car of the Year Award-winning Insignia. Taking a good look at the Meriva, including previous spy shots, we can see how Opel is maintaining a consistency with that paradigm while giving its little MPV some character of its own, despite the copied kinked rear window belt line from the Citroen C4 Picasso.

The Meriva is set to come with two 1.4 liter gasoline/petrol engines, one turbocharged and one not. The turbocharged unit will feature 137 hp, continuing a trend with the European volume brands of replacing their naturally-aspirated 1.6 or 2.0 liter engines with turbocharged variants of smaller powerplants.

The standard array of Opel's small diesels will also likely be featured in the new Meriva, ranging up to a 155 hp unit.