VW Group To Electrify Every Model By 2030

The automaker will invest more than $24 billion to achieve its plan.

That’s not pretty impressive given Volvo’s intentions to do the same in about two years and Smart’s decision to go entirely electric by the end of the decade, but the German auto giant wants to have “at least one” electric, hybrid, or PHEV version of each of the 300 or so group models across all brands and markets.

Simply said, the Volkswagen brand is not the only one from the group going electric - all of them, including Audi, Skoda, SEAT, will use electric support for its conventional models. The manufacturer estimates that “around one in four new Group vehicles – up to three million units a year depending on how the market develops – could already be purely battery-powered in 2025.”

The Frankfurt Motor Show, where the announcement was made during the Volkswagen Group’s media night, marks the first step from the manufacturer’s ambitious plan. At the 2017 IAA, the group announced its brands “will bring a total of over 80 new electrified models to customers by 2025, including some 50 purely battery-powered vehicles and 30 plug-in hybrids.”

To achieve that, VW will invest almost $24 billion in developing two new platforms for electrified vehicles and in upgrading plants, in training the workforce, in improving the charging infrastructure, and in battery technology and production. 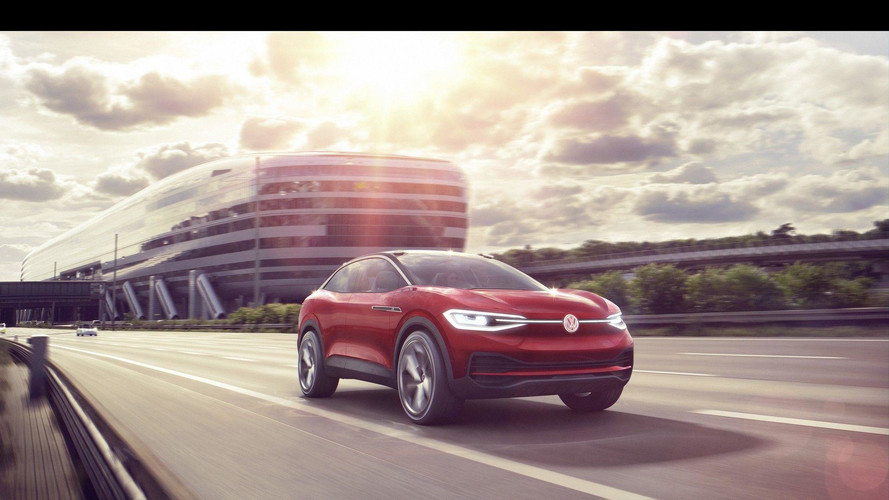 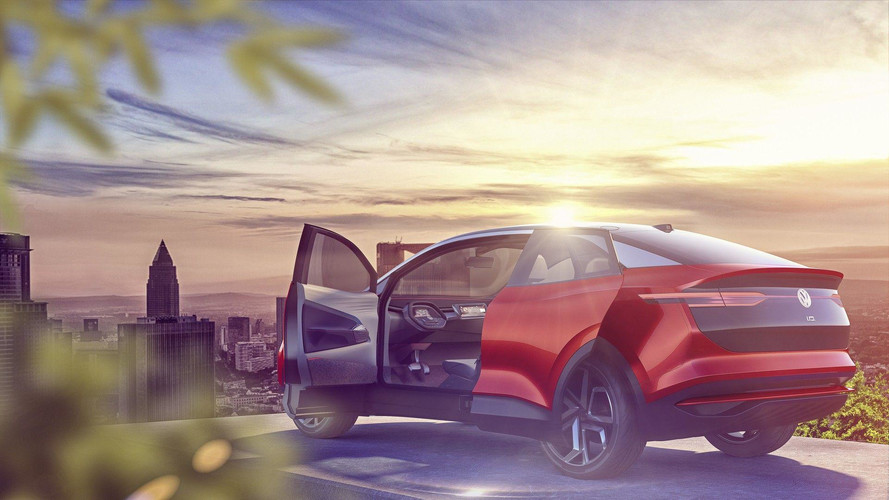 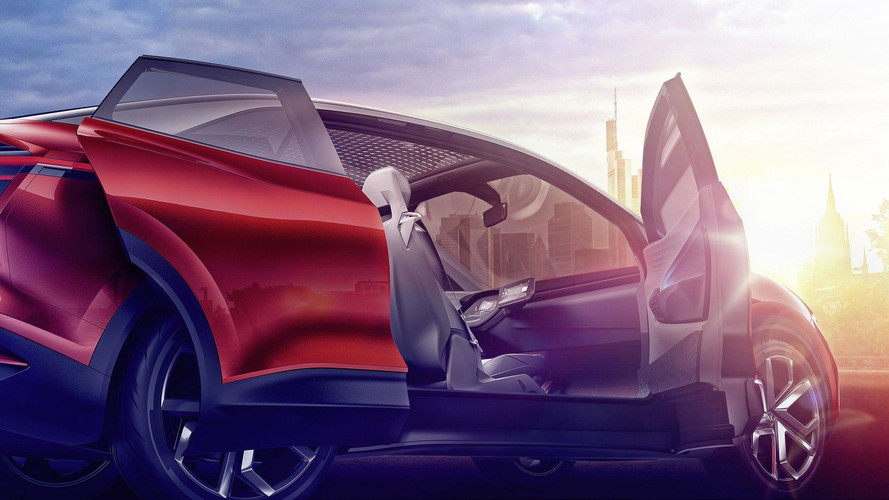 "We have got the message and we will deliver,” commented Matthias Müller, Chairman of the Board of Management of Volkswagen. “This is not some vague declaration of intent. It is a strong self-commitment which, from today, becomes the yardstick by which we measure our performance."

Meanwhile, Volkswagen promises its internal combustion engines will “deliver above-average performance in the new WLTP cycle under real-world conditions” as a logical bridge to the electric era. To ensure all its ICEs meet the emissions standards, the company will start using SCR catalytic converters as a standard feature on every new diesel, while a particulate filter will be used across the full range of gas motors.

The Volkswagen Group is launching the most comprehensive electrification initiative in the global automotive industry with its "Roadmap E": Volkswagen will have electrified its entire model portfolio by 2030 at the latest. This means that, by then, there will be at least one electrified version of each of the 300 or so Group models across all brands and markets. This makes Volkswagen the first big mobility group to have put a date on the electrification of its entire fleet. The Group will need more than 150 gigawatt hours of battery capacity annually by 2025 for its own e-fleet alone. This is equivalent to at least four gigafactories for battery cells. To meet this demand, the Company has put one of the largest procurement volumes in the industry's history out to tender: over €50 billion.

"We have got the message and we will deliver. This is not some vague declaration of intent. It is a strong self-commitment which, from today, becomes the yardstick by which we measure our performance," said Matthias Müller, Chairman of the Board of Management of Volkswagen Aktiengesellschaft, at the Group Media Night ahead of the International Motor Show (IAA) in Frankfurt, Germany. "The transformation in our industry is unstoppable. And we will lead that transformation," said Müller.

Volkswagen had already firmly established e-mobility as a key focus area in the "TOGETHER – Strategy 2025" future program presented in June 2016, and set itself the goal of becoming the global number one in e-mobility by 2025.

The Company estimates that around one in four new Group vehicles – up to three million units a year depending on how the market develops – could already be purely battery-powered in 2025.

Now, at this year's IAA, Volkswagen is launching the next stage with "Roadmap E" – giving an added boost to product planning to massively accelerate the electrification of the Group-wide vehicle portfolio. The Group brands will bring a total of over 80 new electrified models to customers by 2025, including some 50 purely battery-powered vehicles and 30 plug-in hybrids. This figure will then increase by leaps and bounds over subsequent years until there is at least one electrified version for each of the Group's 300 or so models across all vehicle classes worldwide by 2030 at the latest, in line with Volkswagen's commitment. "With 'Roadmap E', we are opening up a new chapter in our Group's history. And setting the scene for e-mobility's final breakthrough. Then it is up to customers to decide how fast it will gain widespread acceptance," explained Müller.

Capex in e-mobility to be ramped up

"Roadmap E" is also coupled with another increase in capex on e-mobility. Up until 2030, the Group will earmark over €20 billion for direct investments in the industrialization of e-mobility: in new vehicles based on two entirely new electric platforms, in upgrading plants and in training for the workforce, in charging infrastructure, in trading and sales and, last but not least, in battery technology and production.

Volkswagen is addressing the issue of battery technology with a multi-stage medium- to long-term strategy – starting with bundling Group-wide development, procurement and quality assurance activities for all battery cells and modules in a "Center of Excellence" in Salzgitter. The Volkswagen brand is also setting up its first pilot line there to accumulate production know-how.

By 2025, the Group will need over 150 gigawatt hours of li-ion battery capacity annually for its own fleet alone.

In order to meet this huge requirement, a tender process has been initiated with regard to long-term strategic partnerships for China, Europe and North America. The procurement project is one of the largest in the history of the automotive industry, with a total order volume of over €50 billion just for the Group's future volume vehicles based on the Modular Electrification Toolkit.

That will meet the Group's needs for the first wave of e-mobility. Looking further ahead, Volkswagen is already gearing up for the next generation: solid-state batteries. The Group also plans to bring this forward-looking technology to market maturity together with partners.

Müller emphasized: "For us, the transformation of transportation and the energy transition are inseparable. And creating a comprehensive charging infrastructure rapidly – in cities and on highways – will be critical to success. In Europe, and particularly in the automotive stronghold of Germany, much more needs to be done. Only then will customers' trust grow. And only then will electric cars come out of the niche – and achieve relevant market share in years to come. I'm convinced this will succeed if politicians, the energy industry and automakers work in harness."

Conventional drivetrain portfolio as a bridge to the electric age

At the same time, the announcement of its accelerated electrification initiative underlines the Volkswagen Group's commitment to an orderly system changeover – with today's internal combustion engine as an indispensable bridge to an emission-free age. "For the time being, we will be offering the entire powertrain spectrum – from conventional to fully-electric – to enable sustainable and affordable mass mobility. We are not being arbitrary. We are listening to the voice of reason," said Müller.

Independent studies show that the Volkswagen Group's present generation of internal combustion engines ranks among the cleanest and most efficient in the industry. The latest Euro 6 diesel engines deliver above-average performance in the new WLTP cycle under real-world conditions. And Volkswagen will continue to invest in the ongoing improvement of its conventional drives over the coming years.

For instance, an SCR catalytic converter will be a standard feature of every new diesel engine produced by the Group going forward. All new gasoline engines will be equipped with a particulate filter across the board. The next engine generation from 2019 onward is expected to bring further significant improvements in consumption and emissions. In addition, the Group is working on synthetic fuels produced from renewable energies that could turn internal combustion engines into carbon-neutral powertrains. The Group is also significantly expanding its range of CNG vehicles and, spearheaded by Audi, refining fuel cell technology toward market maturity.
Got a tip for us? Email: tips@motor1.com