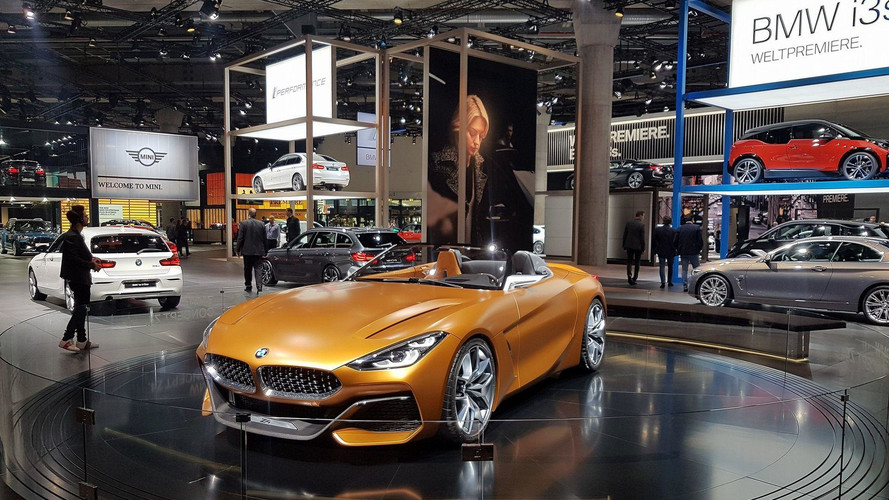 It still looks like your standard auto show display.

With the proliferation of smartphones and the cameras attached to them, keeping secrets in the 21st century is downright impossible. A sneaky pocket shot can ruin a new-car reveal as the photo flies around the internet in seconds. So, it should come as no surprise that there’s a good number of photos available from BMW’s stand at the 2017 Frankfurt Motor Show before the show is even open to the press.

While we’ve already seen many official images of the reveal’s expected from BMW, we do get our first live look at the Mini Electric Concept and BMW Concept X7. Neither are new, but seeing them in the metal is always nice. The 2018 BMW M5 is also in attendance, making its official public debut at the show. Of course, BMW brought the Z4 concept from Pebble Beach, too, along with the 8 Series concept from Goodwood.

However, BMW has more in store than just some good-looking cars. The German automaker is still pushing the idea of electrifying its lineup. This is about electric propulsion and efficiency, including adding electrification across the Rolls-Royce lineup and BMW M vehicles.

Get a good look at these photos now. Come the start of the show, press and then the public will flood the BMW stand to get up close and personal the automaker’s latest and greatest. The smartphone may give us a peek behind the curtain every now and then, but it doesn’t do a darn thing with crowds gathering around the BMW display. You’ll have to fight for those on your own.