Autonomous And Electric Honda Type R Is Here... For Your Lawn 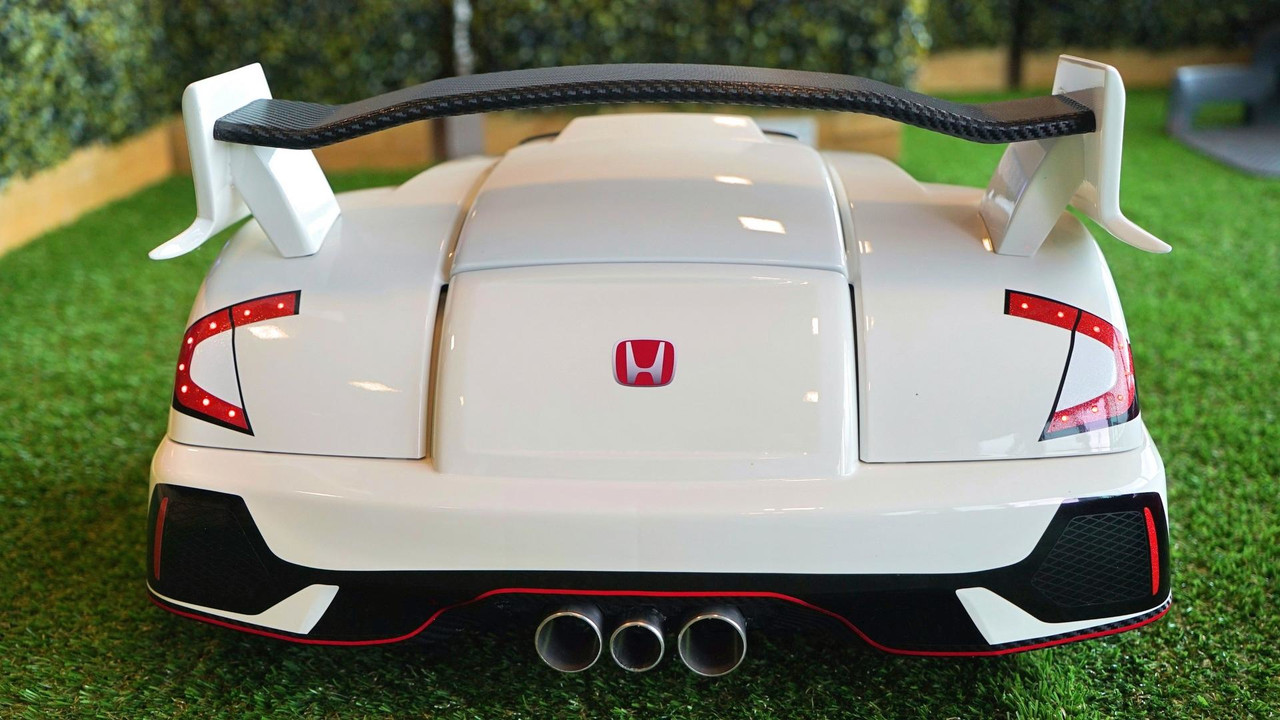 Knows when it's running out of battery and heads to the charging station on its own.

A quarter of a century ago, the Type R badge made its debut on the NSX-R and now Honda has decided to celebrate the anniversary by unveiling a special version of the Miimo. What’s a Miimo you ask? It’s a robotic lawn mower that has been around for some time and was recently introduced in the United States where it carries a starting price of $2,499 for the base model.

To mark 25 years of Type R cars and Fireblade motorcycles, the autonomous and fully electric lawn mower has received not only Type R branding, but also a custom Fireblade livery. As cool as these may look, sadly you won’t be able to buy them as Honda says these are nothing more than prototypes. We are particularly fond of the Type R version, with its three (fake) exhaust tips made from stainless steel to replicate the Civic Type R from where it has also inherited a tiny rear wing with a center section wrapped in carbon fiber vinyl. No less than 40 LEDs have been installed for the functional headlights and taillights, while the Fireblade version actually has an extra five.

Other than that, it’s a standard Miimo, fitted with numerous 360-degree sensors and smart enough to do all the work without any human input. It also boasts self-charging capabilities as the lithium-ion battery is monitored at all times to detect when the level drops below 30%. It then heads to the docking station on its own to “fill up” the battery, which lasts for 30 minutes on the base model whereas on the $2,799 version it has enough juice for an hour. In both cases, one minute of charging equals one minute of mowing.

If you’re still not impressed, Honda says the Miimo can stop, turn, and then move in a different direction whenever the sensor detects a human, pet or another similar obstacle. But wait, there’s more. It even has an anti-theft protection system that will kick in (by sounding an alarm and disengaging operation) if the mower is lifted from the ground. Putting it back to work will require inserting a customizable anti-theft PIN code.

Never one to miss a party, Honda’s robotic lawnmower Miimo has joined Honda’s special year of 25th anniversaries with two Type R and Fireblade-inspired prototypes. These fully functioning, special-editions have been created to celebrate a quarter of a century of Honda’s halo racing marques, Type R and Fireblade.

In trademark Championship White with the revered ‘Red H’ badge front and back, Miimo Type R features a black and white spoiler, black bumpers, and the Type R logo emblazoned down both sides. Miimo Fireblade wears the famous red, white and blue tri-colour paint scheme and the ‘face’ of the iconic super sports bike, topped off with the HRC (Honda Racing Corporation) logo.

Both models were subject to their own custom paint job rather than a vinyl wrap, with graphics made of specialist cast wrapping film applied and sculpted around Miimo 520’s curves. Miimo Type R’s spoiler was the biggest challenge - its complex shape requiring a malleable and waterproof material - with high density foam board chosen due to its ability to be worked when heated and cooled. The centre section was then wrapped in carbon fibre vinyl to match the Type R look.

In a further effort to replicate the finest detail of each model to which the special editions pay homage, Miimo Fireblade features 45 working LED head and taillights, with Miimo Type R using 40, powered by USB power banks. In a final touch on Miimo Type R, 32mm and 25mm stainless steel was used to create a scaled down version of the car’s triple exhaust system.

Miimo
Introduced to the UK in 2013, Miimo is an autonomous lawn mower perfect for those wanting a beautiful lawn every day, but would rather not or cannot mow it themselves. Self-charging, and powered by a high-performance lithium-ion battery, Miimo navigates the garden through an intelligent combination of controls, timers and real-time sensory feedback, working within a boundary wire installed under the ground or in the grass around the perimeter of the garden. Miimo cuts little and often, with clippings so small that they do not need to be collected and are dispersed into the lawn root system, acting as a natural fertiliser contributing to healthy long-term growth.