You Can Have This Italdesign Zerouno For Bugatti Chiron Money 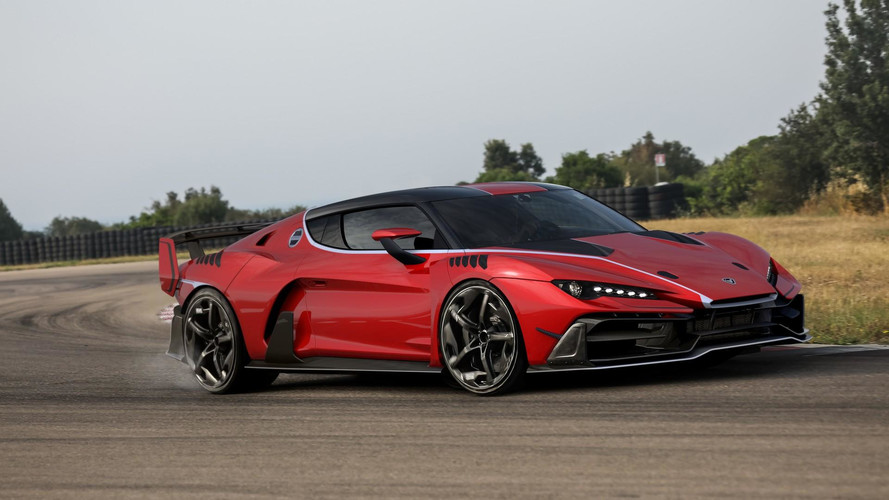 It's the second car built out of a total of just five. Price? $3 million.

Remember the exclusive Italdesign Zerouno chassis number 002 from Pebble Beach? We have discovered it will be on sale beginning with next month at a high-end dealer in Germany for no less than €2.5 million ($3M), or the price of a brand new Bugatti Chiron in the United States. We’ve seen videos with the V10 supercar while cruising along Beverly Hills and Rodeo Drive, so it’s no wonder the ad says the mid-engined machine has covered 31 miles (50 kilometers).

Officially sold out, the Zerouno was only available as a coupe limited to just five cars, but newly founded Italdesign Automobili Speciali is already talking to potential customers about the prospects of doing a roadster version. The asking price for this striking red example is hard to fathom considering the car had an original sticker price of $1.6 million, so the price has nearly doubled in just a few months.

With its racy body featuring a massive rear wing, the second car built by Italdesign is certainly a sight to behold and an exotic appearance considering not many people know what this is. The interior cabin reveals its Audi R8 and Lamborghini Huracan DNA, much like the naturally aspirated 5.2-liter engine. It pushes out a very familiar 610 horsepower (449 kilowatts) and 413 pound-feet (560 Newton-meters) delivered to all four wheels through a seven-speed, dual-clutch automatic transmission.

Only time will tell whether someone is going to be willing to pay Bugatti Chiron money for a used Zerouno, but stranger things have happened…