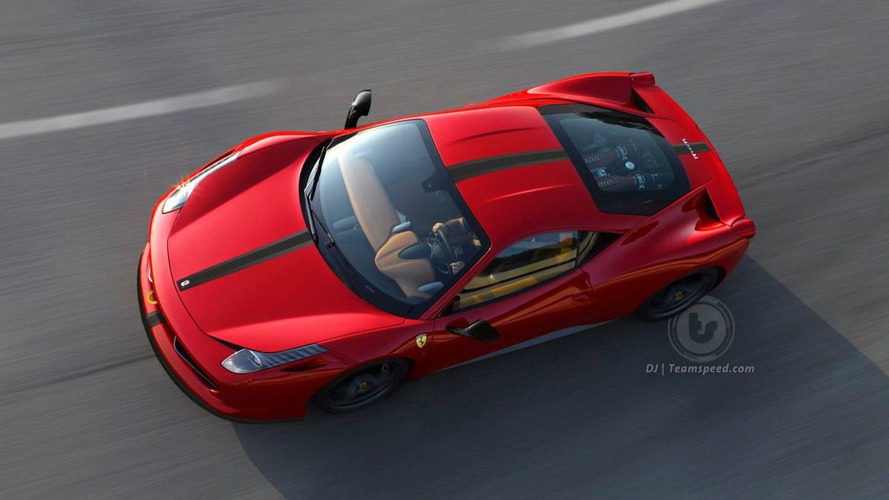 A new rendering of a possible Ferrari 458 Italia Scuderia has appeared. Ferrari will not confirm a future 458-based Scuderia but we reckon tradition almost demands it.

CAR UK had a quick chat with Ferrari CEO Amedeo Felisa at the recent Frankfurt Motor Show and asked him about several issues, including future 458 Italia variants. As previously reported Felisa confirmed the appearance of a 458 Spider some time in 2011, about a year after the coupe is launched. He was however, a bit cagey on a possible Scuderia version.

"The Scuderia was a special version, a new concept," he said. "For the new 458 there are not yet any plans for a new concept. It is too early."

But as common knowledge will confirm, Ferrari is all about performance and passion, and Scuderia represents both in abundance. Teamspeed's rendered speculation on such a car brings it to life in the tradition of what Scuderia stands for; hard core performance.

The old F430 Scuderia provided the driver with 520 horses and 100kg less fat to work with. The 458 Italia is already more powerful than that (419kW/ 570hp) and if similar weight shedding is achieved a Scuderia would come in at around 1,280kg.

Ferrari also confirmed that replacements for the aged Enzo, the 612 Scaglietti and the 599 GTB Fiorano would come from around 2012 to 2015.